Governor Jeremiah Lomorukai has sent a strong warning to politicians interfering with fair distribution of the County Skills Development fund.

“The County bursary funds has an act that guides its distribution. The Skills Development Fund Act will be followed and the leadership of the County Assembly, including the minority and majority leaders are aware,” the Governor said.

The County Government has allocated Sh372.7million to the Skills Development Fund and targets over 20,000 needy students as beneficiaries.

Speaking today at the PAG Church Kalemnyang after Sunday service, Governor Lomorukai promised to repay wananchi for the overwhelming votes and trust placed on him by maintaining transparency and better accountability in governance of the county affairs.

The Governor commended MCAs who have agreed to work with him on a bipartisan basis. He informed residents of discussions with Members of the County Assembly to amend the Skills Development Fund and increase allocation, to accommodate the huge demand of school fees from needy students.

The County boss later addressed a public baraza in the area where he stated that his leadership will not be an exercise of empty power, but focused on development with equal representation of people from every corner of Turkana. He shared his ambitious plan to address water challenges in most parts of the county, starting with Lodwar Municipality and its environs, and move to other regions of the county.

The Governor said drought hard-hit areas like Turkana East had been prioritized in the current relief cycle, but assured that the County Government had procured additional relief food that was destined for the remaining regions. On politics, the Governor vowed to work with President William Ruto as the elected head of state despite being from a different political party. He cautioned residents against associating with politicians who were against unity of leaders by fueling division.

Leader of Minority and Lokichar MCA Samwel Lomodo assured residents that the minority side will champion the Government development and political interest in the County Assembly. 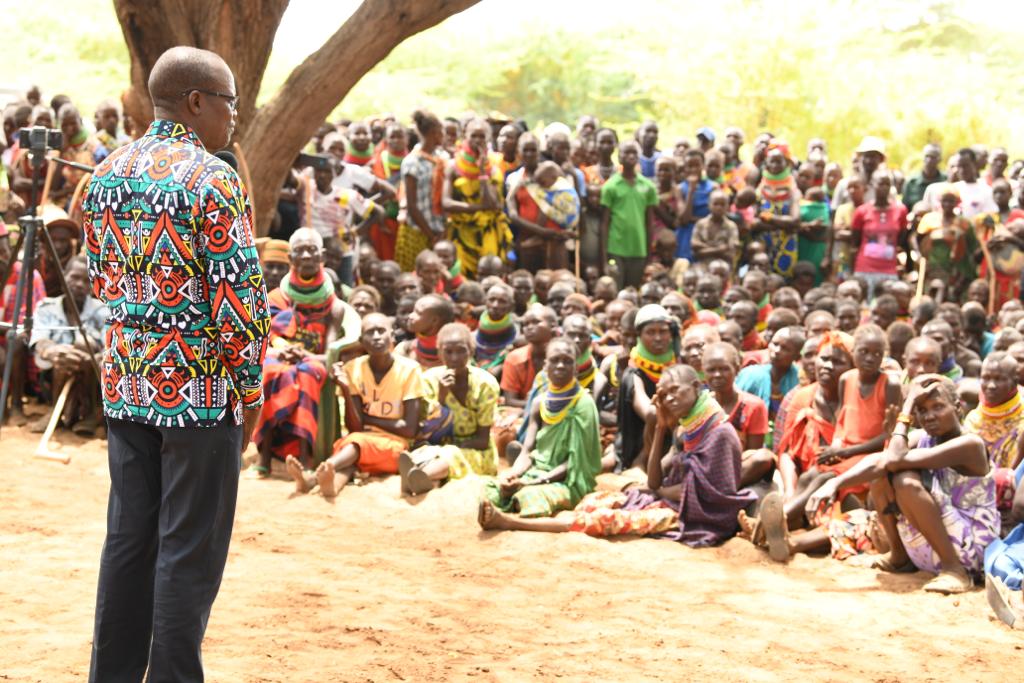