COUNTY GOVERNMENT AND IHRM TO EXPLORE PARTNERSHIP ON HUMAN RESOURCE

COUNTY GOVERNMENT AND IHRM TO EXPLORE PARTNERSHIP ON HUMAN RESOURCE

Lodwar, 14th November 2022 (Governor’s Press Service)- The County Government will partner with the Institute of Human Resource Management (IHRM) to enhance human resources in the county.

Governor Jeremiah Lomorukai today held a meeting with a delegation from the Institute of Human Resource Management (IHRM), led by National Chairman CHRP Dalmas Odera who paid a courtesy call on him, at the County HQ.

The Governor admitted that expenditure on human resources by the County Government was considerable, underlining the need for mechanisms to address challenges which affect productivity.

“I have read the proposal and I see that the areas of partnership cover nearly all our concerns in plans to strengthen the county’s human resources. We are ready to build this relationship and will accord the Institute all the support it requires,” he said.

Governor Napotikan informed the team of plans to carry out an audit of the payroll system to identify ghost workers and cases of irregular employment. He said the existing MoU between IHRM and the Council of Governance was a stamp of approval for counties to work with the organisation.

He said: “We have a shortage of technical staff compared to general staff and the audit will be able to provide answers needed in our quest to increase the number of technical staff. It is also our plan to develop a staff establishment which will guide all recruitment and prevent audit queries”.

He added that vibrant human resources were critical for the success of his administration’s development agenda. He also asked for support in capacity building of county staff on HRM, registration and licensing of HR practitioners to promote compliance.

The County boss agreed on the need for the establishment of a digital database of county human resources, which will help track all recruitment exercises.

IHRM Head of Corporate Affairs and Communication CHRP Irene Kimacia, briefed the Governor on the Institute’s plan to roll out collaboration with counties, with devolved units being the highest employer in the public sector. She said counties employed 18 per cent of the public workforce and Governors had raised the need for support to streamline human resources.

Areas of potential partnership she highlighted include the development of policy frameworks, rationalization of remuneration, labour relations with staff, and human resource audit among others.

CHRP Odera advised the Governor to recruit an advisor on Human Resources and stated counties which had embraced strong HR systems were successful in the implementation of their programmes.

Chief of Staff Peter Yoromoe was present in the meeting. 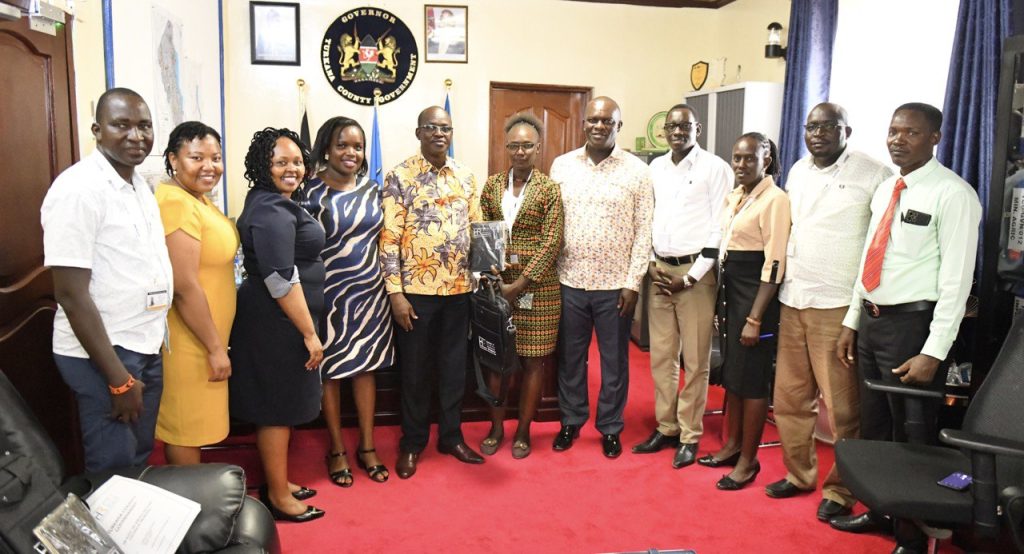