In the ceremony attended by IFC Country Director Amena Arif and Goodlife Pharmacy Ltd. Chief Operating Officer Justin Melvin, Governor Lomorukai commended KKCF for its contribution towards the growth of private investment in the county.

“The KKCF programme is important and is a big boost to our efforts to grow the economy and end the dependency on relief support,” he said.

He stated his commitment to strengthening the partnership with IFC to support the growth of local enterprises. The Governor appealed for more support to realise the county’s vision of wealth creation through capital support for local enterprises to expand their businesses.

He said challenges faced by residents were numerous and had been worsened by severe effects of climate change, with the worst drought witnessed in decades.

The County boss insisted on better coordination in the implementation of partner programmes, through an improved working relationship with county departments and the involvement of elected leaders. He also asked for fairness in the implementation of partnership programmes through adherence to local content, including the distribution of employment opportunities and other benefits for the local community.

The Governor commended Goodlife Pharmacy Ltd. for investing in Turkana and creating job opportunities for residents of the county. He appealed to the pharmaceutical company to expand investment to other urban centres in Turkana and extend to grassroots areas where demand for quality healthcare was high.

He requested support from World Bank for the county plan to establish a Teaching and Referral Hospital in Lodwar Municipality to contribute to the agenda of improving access to affordable and quality healthcare. Ms Amena expressed hope that the launch of Goodlife Pharmacy will be the beginning of more private-sector involvement in the area.

She acknowledged support from donor partners, the County Government and the UNHCR in the success of KKCF and other partnership programmes. She revealed that the programme had supported over 40 enterprises, including local businesses, in the healthcare, agribusiness and energy sectors.

Goodlife COO Justin Melvin thanked the Governor for the welcome to Turkana and said the company hoped for more success to spread the stores to other parts of Turkana County. Kakuma Ward MCA Eliud Emoni appreciated KKCF for supporting local businesses, with 24 of the 34 enterprises which have benefited from KKCF grants owned by the host community.

At the launch were representatives from partner organisations working in Turkana West, including KKCF Programme Manager Luba Shara, and UNHCR Head of Kakuma Sub Office Nicolas Kaburaburyo among others. Other MCAs from the area who graced the event were Edung Apuron (Kalobeyei) and Gilbert Topos (Lopur). 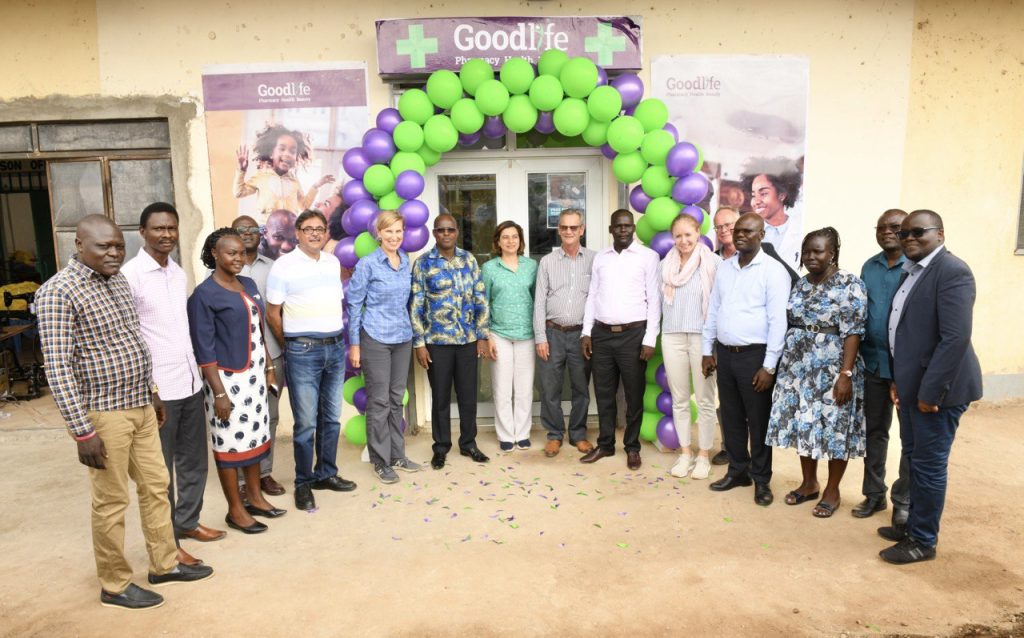