Apart from absconding duty, the team noted that some dispensaries with one nurse who would go on official off/leave without a replacement. This, they surmised, could be due to a shortage of staff while the public would perceive it as “there was no doctor”.

“For those healthcare workers that deliberately miss work, particularly on the weekends and when they are schedule to cover over the weekends, will be facing disciplinary action,” said Dr Lokoel.

He emphasised that Turkana residents should have access to health services whenever wherever.

At Natuntun Dispensary with a catchment population of 2,688, the staff led by Muna Ali, were commended for their exemplary work that demonstrated teamwork, top notch commodity management and high standards of hygiene at the facility.

The Chief assured the nurse Linda Mama, National Hospital Insurance Fund product, registration would be fast-tracked as the facility was currently conducting four to five deliveries per month.

As for Naipekar, serving 5,973 people, Joyce Eyomo (Community Health Extension Worker) was also applauded for her dedication to work.

However, the facility had one nurse thus injectable medicine was not offered when the nurse was on off duty or on leave.

Jointly Natuntun and Naipekar were assured of regular free water truckage from Lodwar by the Acting Director of Administration – Joyce Illikwel.

Other dispensaries visited were Naotin (Central) and Moruese (Loima). For Naotin, show  cause letters were served to absent staff as the facility had no staff by 11:00am. 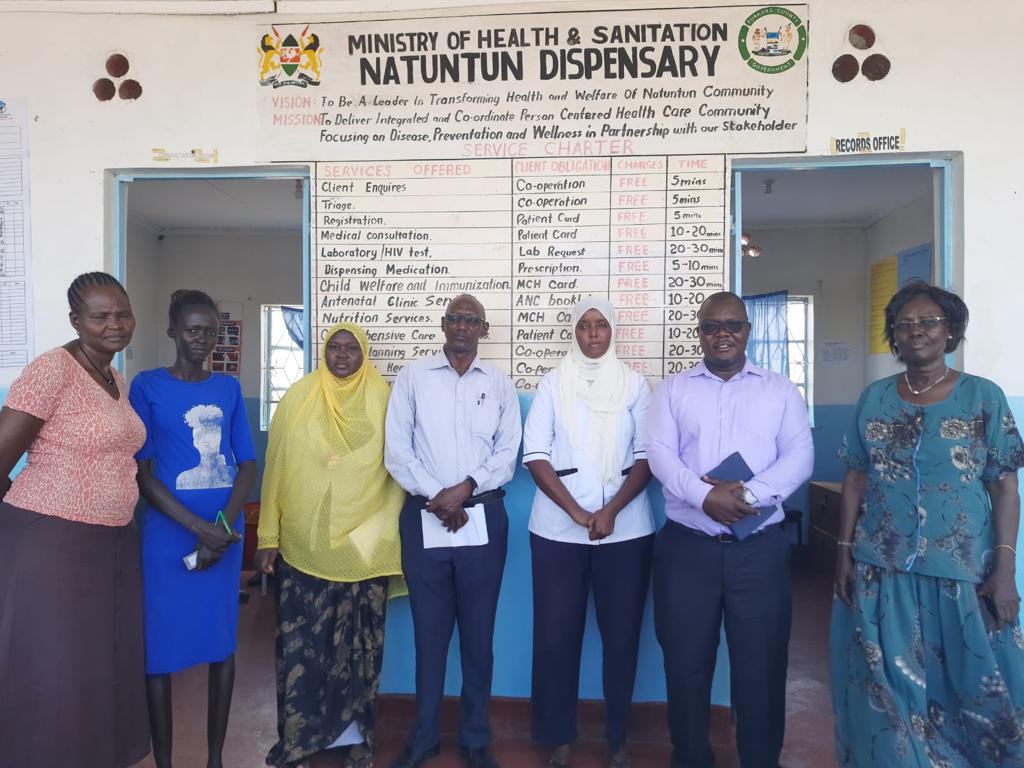