Lodwar, 22nd December 2022 (Governor’s Press Service)- County Chief Officers have been encouraged to exercise responsibility in the management of public funds and be accountable to residents of Turkana.

Today, when he presided over the swearing-in of four County Chief Officers at the County HQ in Lodwar, Governor Jeremiah Lomorukai reminded the officers that they are in the public eye and expectations of their ability to serve were high.

“As senior government officials, all our actions are guided by Chapter 6 of the Constitution and you have to be responsible in the management of resources. You have to ensure all payments are supported by necessary documents before you recommend for payment,” he said.

The Governor asked CECMs and CCOs to work together and collaborate with MCAs for better accountability. He assured contractors that the County Government will process all payments to ensure they receive their dues.

“Our commitment is to ensure everyone gets his right as long as he has provided services and delivered goods. You do not have to come to the County Treasury to follow up on your payment, simply wait for your money in the accounts,” he said.

He added that the County will adhere to the report of the pending bills verification and settle all eligible bills once the County Assembly approves the Supplementary budget.

On the security situation in Turkana South and Turkana East, the County boss called for a security operation to remove armed bandits who have occupied land in parts of the sub-county and insisted that their presence was causing insecurity and displacement of residents.

He raised alarm over the lack of response from security agencies to the perennial bandit attacks in Kapedo which have led to the death of innocent residents and loss of property.

Governor Napotikan also condemned delays in the recruitment of National Police Reservists and said the delays were contributing to the state of insecurity.

He stated that President William Ruto and Interior Cabinet Secretary Prof. Kithure Kindiki had been categorical in their directive to the police to end banditry, and security forces had to implement those directives.

Deputy Governor Dr John Erus reminded the new Chief Officers of their responsibility to support the Governor deliver on his mandate and urged them to focus on service delivery.

Turkana South MP Ariko Namoit said: “Let us use this County Government to improve the lives of the people. The enablers to achieve the Governor’s Nine-point development agenda are the CECMs and Chief Officers, if they fail then the Governor will not be able to deliver on his agenda.” 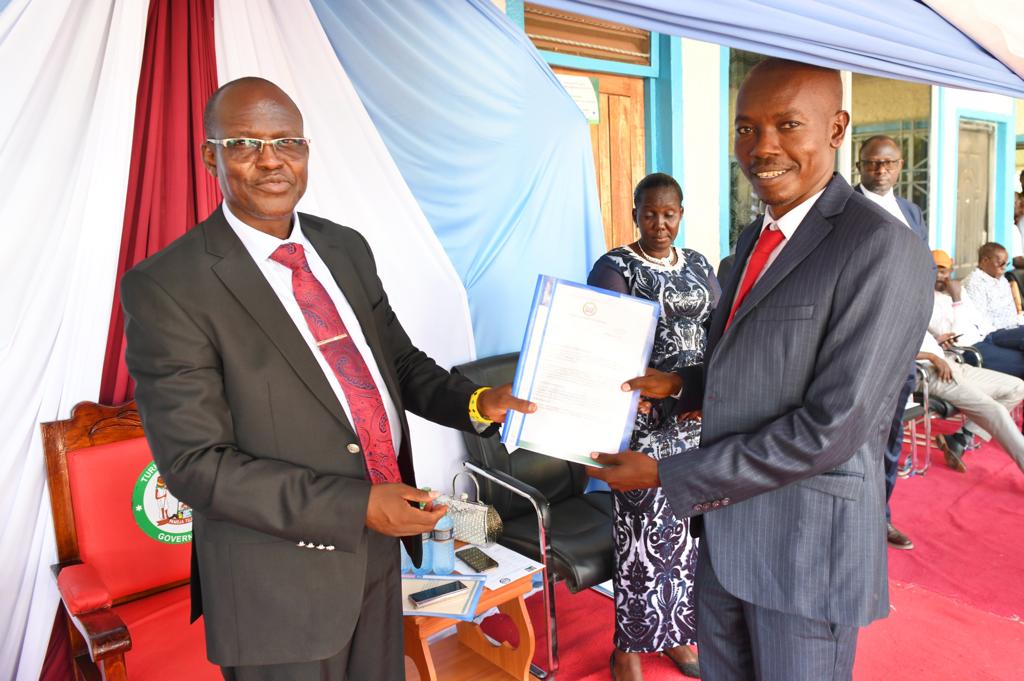