The County Government will implement development projects equitably across the county under his reign, Governor Jeremiah Lomorukai has promised.

Addressing faithfuls at St. Michaels Napetet Parish today after holy mass, the Governor reiterated his assurance that his administration will not discriminate against any resident or region in distribution of county resources.

He said: “We will serve all residents equally without consideration of political inclination. Development projects will be spread across all corners of Turkana- from Kibish to Kapedo, from Lorogon to Urum to Nadapal. This will not be a government that politicizes development.”

The Governor stated that funds under management of the County Government was public resources belonging to residents and thus meant to address challenges they  faced. He said that his responsibility as county boss was to ensure the funds were invested in projects to benefit resident.

He thanked the church and residents of Napetet for their overwhelming support during the last election, and asked for continued prayers for the success of county plans.

Governor Lomorukai pledged to support the church in its programmes.

He used the opportunity to call for patience and understanding from residents as he formed government, and stated that changes made in the executive, including transfers, was geared towards improving service delivery and ensure better accountability in management of public resources.

The Governor also promised that the County will set aside funds for river protection works on River Kawalase to address floods experienced in Napetet when the river breaks its banks. He also told residents that the next county budget will reflect priorities of residents, with extensive public participation for public views.

On insecurity in Turkana South and Turkana East Sub Counties, the Governor decried laxity of security agencies in acting on intelligence shared of yesterday’s bandit attack at Kalomwae. He said residents would not have lost livestock if the police had acted on reports of impending attack that he had shared.

Fr. Donald Imo Bassols, who presided over mass, said the church will pray for the Governor for God to grant him wisdom to address ills such as  corruption, widespread unemployment and improving healthcare service delivery in public facilities.

He advised the Governor to live true to his popular moniker “Simba” and not be deterred by any obstacles along the path towards building a better Turkana. 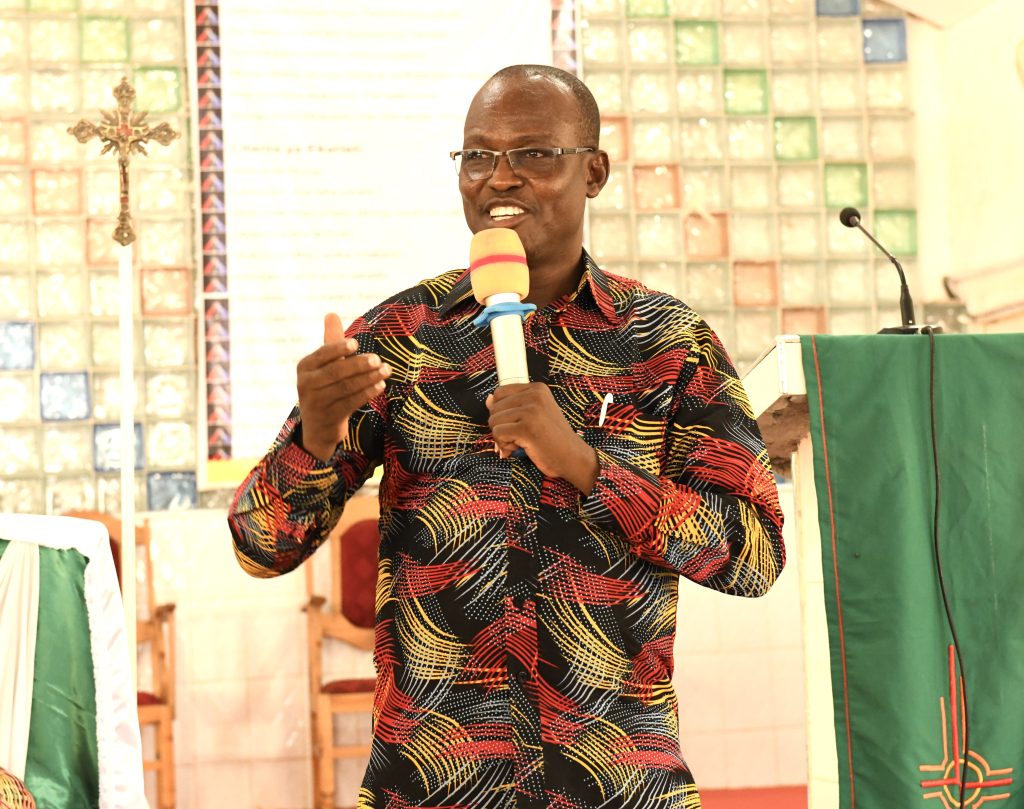