The Governor stated that residents of Turkana South and Turkana East had become more vulnerable to attacks by armed bandits as a result of the disarmament exercise that also targeted all National Police Reservists (NPR) in the two sub-counties.

“I don’t know who instituted that disarmament that was extremely selective and only targeted one community. Residents of Turkana South were completely disarmed and now have no defense as bandits have the courage to raid at any time and take livestock of our people,” Governor Lomorukai said.

He was speaking today in Lokwii during the burial of the late Senior Chief Gilbert Amoni Echwa who was one of the 11 people killed in last month’s bandit attack in Namariet, Kapedo/Napeitom Ward.

The Governor insisted that he was focused in his pursuit for lasting solution to bandit attacks to end the reign of terror and death caused by banditry.

He urged for a meeting between leaders from the region and President William Ruto to discuss the cause of the attacks, including action against leaders inciting the attacks for political gain and as a means to displace communities from their ancestral land to have free access to natural resources.

The County boss expressed his optimism in the government’s latest drive to end banditry following directives from President Ruto. He added that the massacre at Namariet should drive resolve by security agencies to deal firmly with banditry as the country lost security officers and an administration staff while the region lost a leading professional.

The Governor revealed that 43 people had been killed through bandit attacks since last July.

He commended government directive on fresh recruitment of NPR and maintained that the exercise should be open to ensure officers picked were deserving and qualified to serve.

On drought and hunger, Governor Lomurukai called on the MCAs to increase disaster funds to support more people affected by the drought. He informed wananchi that he had appealed to partners to mobilize additional resources to complement government efforts.

The late Gilbert Amoni was eulogized by speakers as courageous and dedicated civil servant. The Governor assured the family of his support as they come to terms to the loss of their father.

The Governor thanked residents of Lokwii for voting him in general elections and restated his intention to work with President Ruto to ensure that Turkana people benefit from the two tiers of government.

Senator James Lomenen claimed successive government had failed to disarm bandits in Tiaty and casted doubt on ongoing operations in Turkana East as there were no reports on recovery of guns stolen by bandits or arrest made of perpetrators of the Kamuge attack.

Turkana South MP Ariko Namoit asked security personnel to own their failure on the runway insecurity and avoid misinforming their bosses in Nairobi that attacks were as a result of retaliations. His Turkana East counterpart Nixon Ng’ikor echoed calls for transparency in recruitment of NPRs. 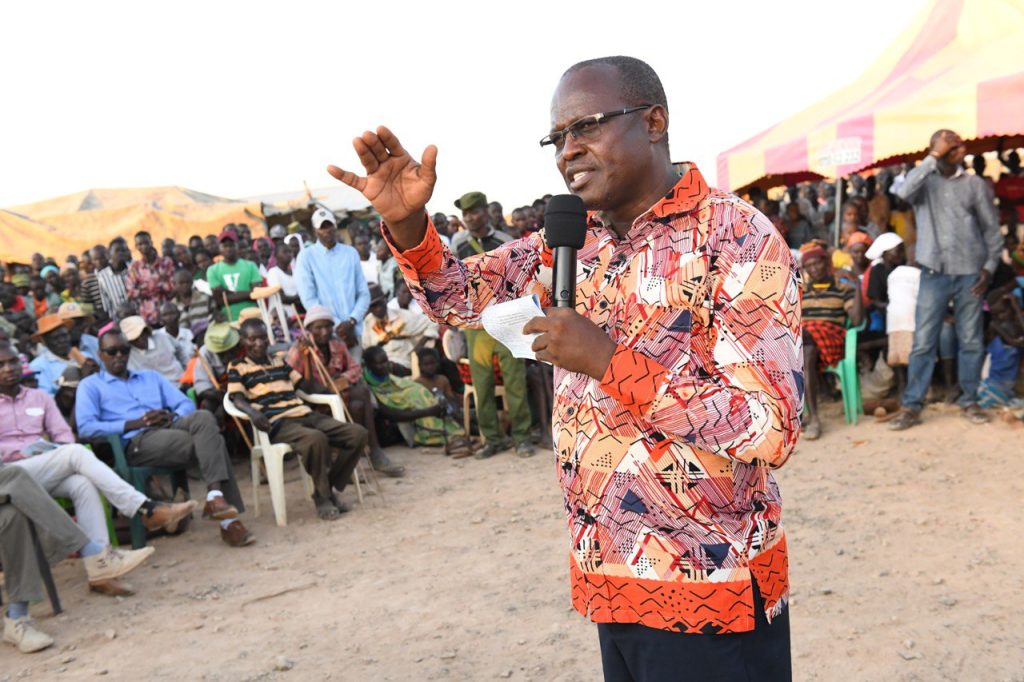