The fishing equipment, worth Ksh. 3million were donated by VSF Germany organization, and set to benefit three Beach Management Units in Kerio Delta.

Three hundred fishermen in Kerio-Delta Ward will benefit from distribution of the fishing gears that were donated by VSF Germany organization.

In his remarks, CCO Tukei called for proper utilization of the fishing gears and informed people present that Fisheries directorate had in this financial set aside Ksh.30 million for procurement of additional fishing equipment that will be distributed to all BMUs along Lake Turkana.

Apart from procurement of the fishing gears to address the low fishing effort and increase production, the department will also train members of the BMUs to gain knowledge on repair of the the engine boats.

The County Chief Officer lauded the organization for the equipment donation and urged beneficiaries to utilize it effectively to meet the intended target. He called for livelihood diversification because of the changing climatic condition.

On drought intervention ,CCO Tukei said they had engaged Food and Agricultural Organization(FAO) to support off-take programme that will see emaciated livestock being bought at four thousands shillings each.

VSF Germany Project Officer Samuel Topisia stated that the community and Fisheries Directorate were involved in making specifications of the fishing gears as well as identification of the beneficiaries.

The donation had been made under the Integrated Life-Saving and Disaster Risk reduction project that’s being implemented by VSF Germany. 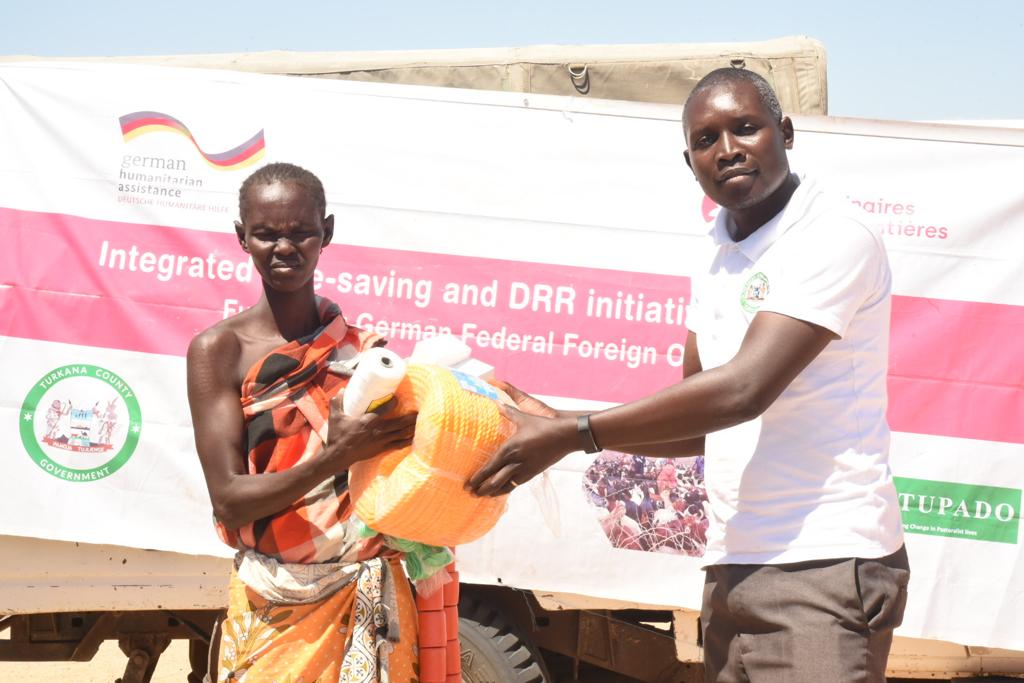