A delegation from Turkana led by County Executive Alexander Losikiria this morning visited Nakapelmoru area of Kotido district over whereabouts of a young boy who went missing five years ago.

The boy has been found by Dodoth herders ,and plans are underway to reunite him with his family in Kalobeyei ward, Turkana West Sub-County.

As a result of extensive engagement on peace, pastoralist from the Turkana and Dodoth communities currently living at Kalapata area of Kaabong district in Uganda have inked a deal to end enmity and graze their livestock together.

Some of the resolutions include reviewing and signing of resources sharing agreements, formation of kraal/peace committees to manage and implement the peace resolutions agreed.

Both communities have also committed to follow up, recover and hand over stolen livestock to the real owners as well as identification and arresting of the culprits, among other resolutions.

The Turkana delegation in Kaabong was led by County Executive for Education, Social Protection and Sports Alexander Flemmings Losikiria who delivered Governor Jeremiah Lomorukai’s message of goodwill and peace to community members present at the meeting.

The County Government has set aside Sh47million in this financial year to establish new schemes and renovate existing schemes to support communities displaced by conflicts and other calamities.

CECM Losikiria briefed participants of the County Government’s plans to strengthen cross-border peace and stated that  public confidence on the agreed resolution will be boosted if there would be a holistic approach from the leadership of the two countries.

He challenged elders from communities living in Karamoja cluster to be champions of peace, and thanked the Uganda leadership for their hospitality  to the Turkana community when droughts forced migration to their country.

The dialogue meeting in Kaabong comes a time when the ravaging drought has led to death of livestock and forced hundreds of herders to migrate to neighboring countries in search of water and pasture.

On her part, Kaabong District Woman MP Christine Nakwang’ lauded the decision from the two warring communities for reconciling and called on Non-Governmental Organizations involved in peace programmes to include women because they were great victims of the conflicts. 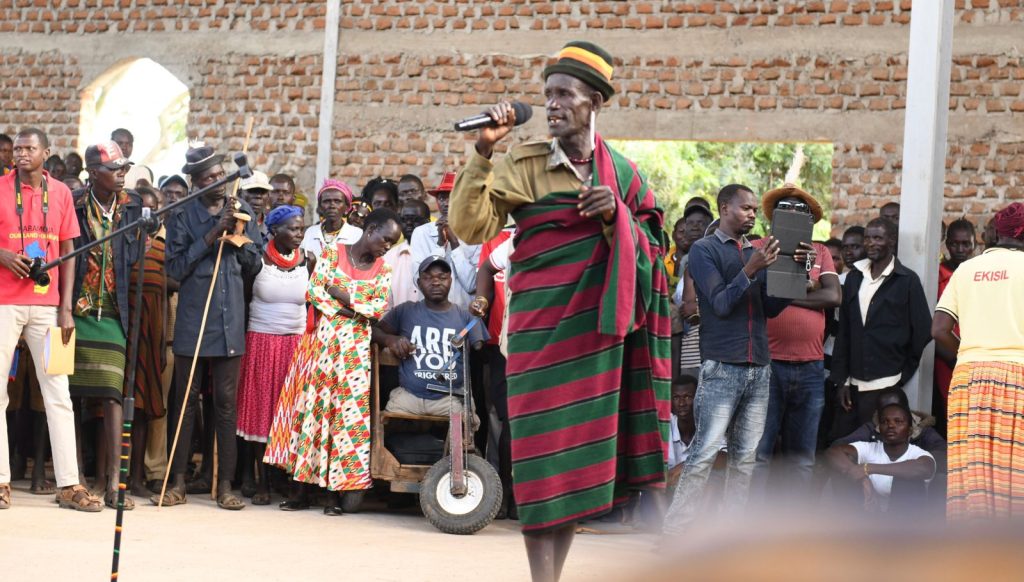