Speaking when he met with a delegation of the National Early Childhood Executive Committee, who paid him a courtesy call at the County Government HQ, the Governor said availability of food determined enrollment in the centers and lack of food meant children could not attend classes.

“Enrollment in ECDE centre is pegged on availability of food which means with the drought so severe and affecting nearly the entire county, learning has been affected,” he said.

The Governor updated the delegation of the rising rate of malnutrition, with the Global Acute Malnutrition (GAM) rates of Turkana standing at slightly above 34 percent.

The team is visiting the county to assess the impact of drought on Early Childhood Education in Kakuma Refugee Camp and Kalobeyei Settlement.

The county boss asked the committee, led by the Chairperson of the the Council of Governors Committee on Education, Ms.Valary Akinyi, to extend the assessment to schools of the host community to get the correct picture of the magnitude of the drought and how it has impacted the education sector.

“Out of a population of 1.5million, over 800,000 people have been affected by the drought. A quarter of this number is in dire need of help and we need help for ongoing drought emergency relief efforts by the county,” he added.

He informed the committee of plans to procure additional food, with Sh300million set aside for emergency response.

The team was comprised representatives from the Ministry of Education, COG and UNICEF.

Governor Lomorukai appreciated the support from UNICEF in the sector and on children protection programmes.

Ms. Valary said the visit was part of the Council of Governors support to counties to strengthen capacity in basic education. He said prevailing drought had impacted delivery of education, and the team, was keen to collect information on its extent.

She stated that education had to continue despite the drought and that COG will work closely with counties to boost service delivery under counties’ mandate on education and in other critical sectors.

The team will hold a briefing session with the County Government on the finding of the field visits this Thursday.

In the meeting, it was announced that Turkana had been chosen as the venue of next year’s National ECD Stakeholders’ Conference to be held in July.

Officer in Charge of UNICEF Lodwar Francis Kidake said the organisation was focused on the ECDE sector and will work to ensure host and refugee children received services.

He appreciated Turkana as one of the counties with a ECDE policy and promised to partner with the county and other organizations to reduce vulnerability of school children during the drought. 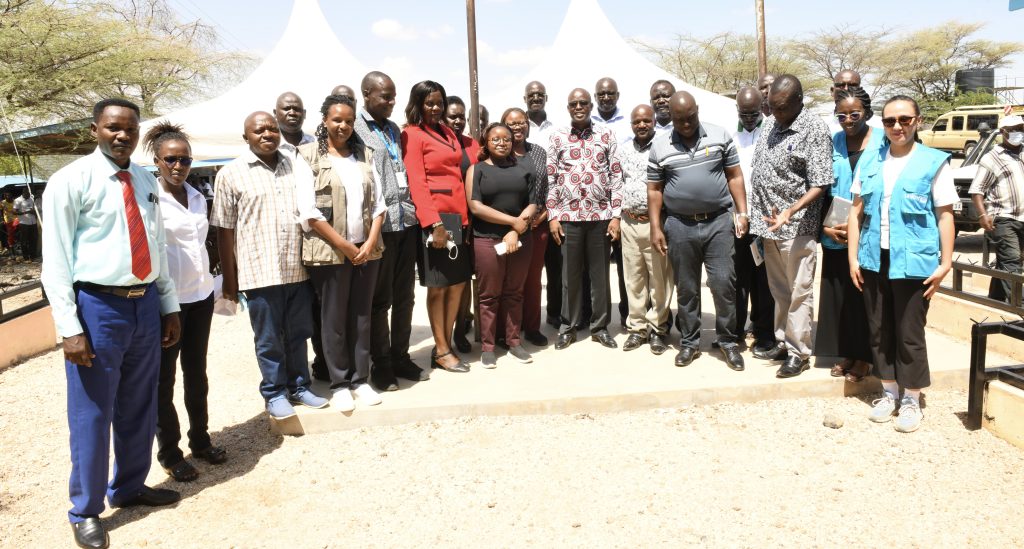