The Governor begun his tour in Kakalel where he visited and provided support to the family recently featured in news reports indicating severity of the drought and later led relief distribution to residents of Kakalel and Kang’alita in Lobei/Kotaruk Ward.

He announced that County emergency response was ongoing in different regions of the county and promised to visit areas worst affected to coordinate the efforts.

Governor Lomorukai pronounced the drought situation as severe and appealed for support from the National Government, development partners and other humanitarian organizations.

“We have brought a small consignment of food to support families that is worse affected and plan for more support for affected communities across the county.

“The drought situation is at alarm stage and has affected nearly 800,000 residents of Turkana with Global Acute Malnutrition rate rising to 34.8 percent. We need support from the National Government, partner organizations and other friends to support us,” he said.

The Governor told residents that he had made effort to meet with partner organizations in Nairobi to mobilize for additional resources. The organizations include WFP, UNICEF, World Bank, Danish and American Embassies.

He announced that President William Ruto was set to visit Turkana County this weekend to coordinate national government relief efforts.

The Governor thanked President Ruto for support including 400 bags of relief food and animal feeds.

The county boss informed residents the county had budgeted Sh300million for emergency relief support for this financial year and procurement of relief food had kicked off.

The emergency drought response included treatment and supply of nutritional supplements by the Department of Health and Sanitation.

Governor Lomorukai instructed Department of Health to monitor the families affected and provide treatment and support of nutritional supplements.

Commenting on reported theft of relief food, the Governor announced that the cases had been reported to the police and all implicated will be apprehended. This follows reports where beneficiaries of county relief food found water in the cooking oil containers and missing food in boxes distributed.

County Executive for Public Service, Administration and Disaster Management Jeremiah Namuya urged county officials including village and ward administrators to be proactive in relaying information to the government for quick action.

Assistant County Commissioner Dominick Kinyanjui said the National Government relief food was on the way and would be delivered before residents exhausted the county food. 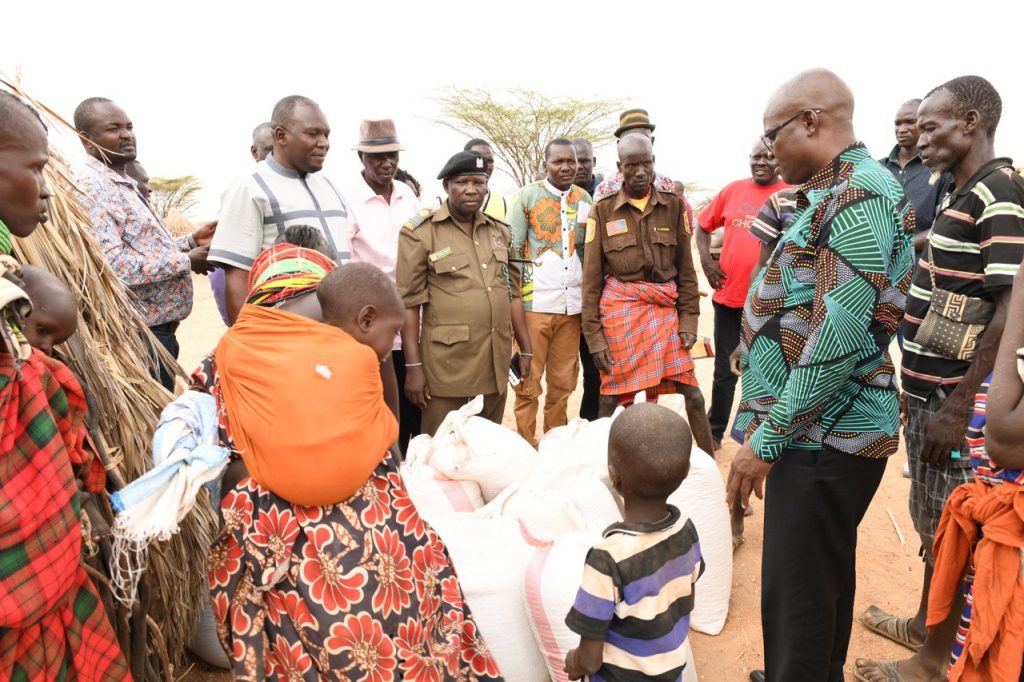