The Governor pointed out that the county receives considerable donor funding and the new administration was keen to evaluate implementation mechanisms to ensure better coordination with line county departments and a greater impact on targeted communities.

“We intend to review MoUs to realign them with the priorities of residents of Turkana, avoid duplication of interventions and ensure that all agreements are adhered to. We have a new government with a new plan and it is our commitment that all partner programmes are aligned to our development agenda,” Governor Lomorukai said.

He was speaking when he met with a team from World Bank led by Senior Social Development Specialist Matthew Stephens, at the County HQ, Lodwar, to discuss the implementation progress of the Kenya Development Response to Displacement Impacts Project (KDRDIP). The KDRDIP is a National Government project, funded by the World Bank with a focus on changing the lives and livelihoods of communities hosting refugees, by providing entrepreneurship money, improving health, education and drilling boreholes.

The Governor appreciated World Bank support in Turkana with its funding of different projects, including KDRDIP, (NARIGP), the Hunger Safety Net Programme (HSNP) and the Lokichar-Nadapal road upgrade. He added that the investment had contributed greatly to the socio-economic development of the county with a tangible impact on the ground.

He asked the KDRDIP to strengthen coordination with line county departments and area elected leaders, including MCAs. The county boss faulted partner organisations who sideline MCAs stating that as representatives of residents, the leaders were critical in the oversight of projects. He added that the County Government had to play a bigger role in the implementation of the project, as its components fell under devolved functions.

The Governor encouraged the KDRDIP team to reevaluate the tendering process of projects under the programme and consider local firms in the award of contracts. He explained that businesses in the county had developed capacity and the move would ensure the funds were reinvested into the local community.

He reiterated calls for the extension of programmes targeting host communities beyond Turkana West and held that the definition of host community was inclusive of the entire county. This would guarantee a fair distribution of resources across the county.

KDRDIP’s Team leader Wilfred Omari agreed with the Governor on the need to build the capacity of local firms through the allocation of contracts, and the importance of strong coordination structures for local leadership to offer oversight. He said the county government was involved in the project’s implementation, with joint coordination alongside counterparts from the National Government.

Mr Stephens admitted that better communication was needed to enlighten the targeted community that the project was meant to benefit them, as host communities in the refugee support programme. 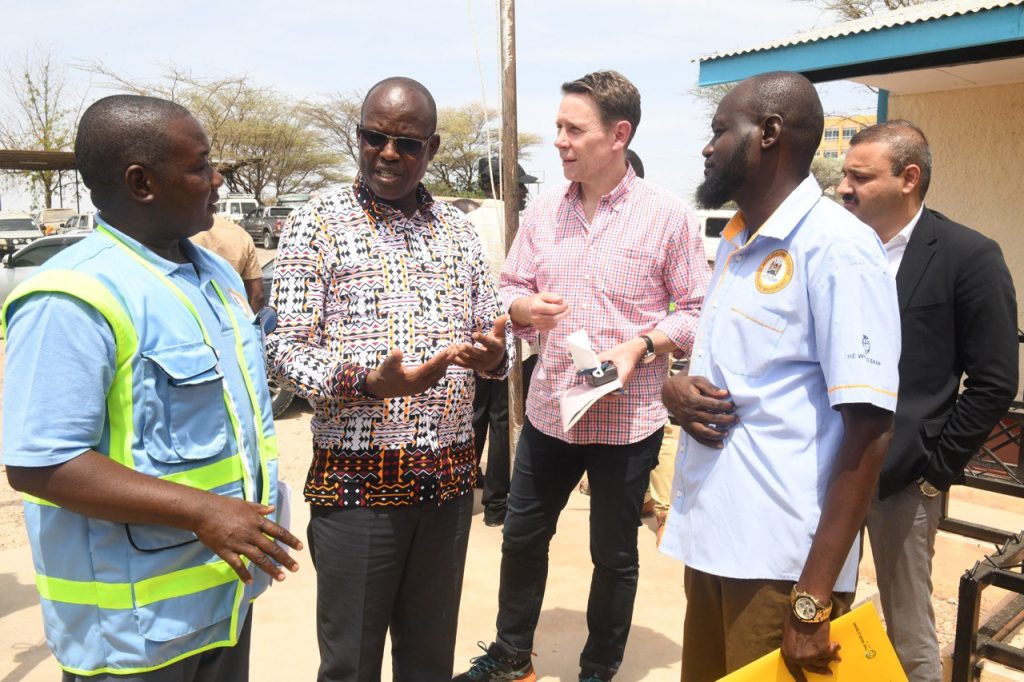