Governor Jeremiah Lomorukai coordinated relief efforts in Lokiriama, Namoruputh, and Lorengippi in Loima Sub-County. He told residents that his administration was working to avoid the death of any resident due to the drought.

“This is one of the worst droughts our county has seen in years and we will have to pray to God to provide rain for our livestock to survive. I have asked the county team to distribute enough food which will last residents for a long time,” he said.

The Governor said he was aware that drought was severe across the county, with assessment indicating that over 800,000 residents have been affected. He said he will continue coordinating relief distribution to ensure residents who are food insecure receive relief food distributed by the County Government.

The county boss said his administration will end cases of misappropriation of funds set aside for emergency response.

“As I had promised during the campaigns, the era of people mismanaging relief food meant for residents has ended. Now all relief food procured will get to the people,” the Governor said.

Governor Napotikan stated that elections had been concluded and it was time for all elected leaders to deliver on their mandates. He said he will support leaders elected from MCA to MPs to work for the electorate and will join hands with all regardless of political affiliations.

He also pledged to serve all residents without considering whether they voted for him or not. The Governor said he was ready to work with President William Ruto to guarantee that development projects from the National Government benefited the county.

On cross-border peace, Governor Lomorukai informed residents of the agreement between Turkana and Karamojong communities to support measures by the Kenya and Uganda governments to improve security. He asked pastoralists to adhere to directives on disarmament and respect the generosity shown by allowing Turkana pastoralists to crossover during droughts in search of pasture and livestock.

County Executive for Public Service, Administration and Disaster Management Jeremiah Namuya echoed the Governor’s sentiments about the county’s commitment to preventing the death of any resident due to the drought. 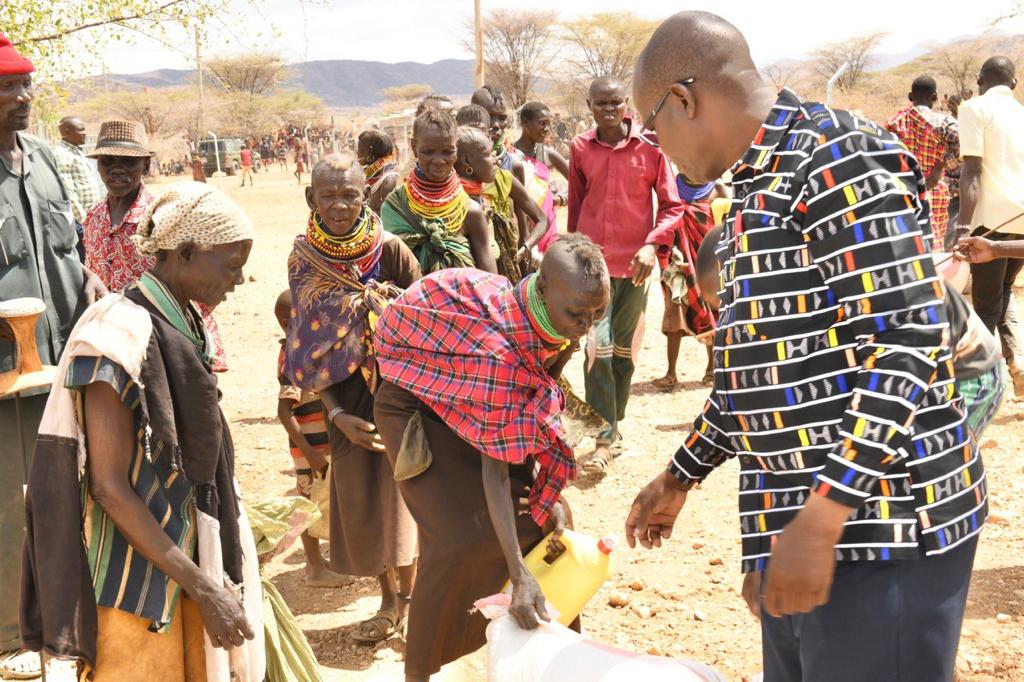