In his address, the Governor asked the CECMs to be diligent in executing the functions of their offices and build a good working relationship with the County Assembly.

He said: “Our friendship will be determined by your commitment to service delivery and your contribution to the success of our nine-point development agenda. While public office comes with many privileges, adhere to the Bible teaching in Luke 12:48, that ‘to whom much is given, much is expected,’”

“We are committed to building an amicable relationship with the Assembly and fostering nonpartisan collaboration. As representatives of the people and the legislative arm of the government, the Assembly must be accorded the respect it deserves.”

He also promised the Assembly that he will not interfere with the oversight role of the Assembly. The Governor assured the Executive of his support but cautioned that his administration will not allow the misappropriation of county funds.

“It goes without saying, but let me state this for the avoidance of any doubt- any form of corruption and misappropriation of public funds will not be entertained. Expenditure of county funds has to be pegged on programmes,” the Governor said.

Governor Napotikan announced that his administration will increase allocation to the County Emergency Fund, which will be spent to procure additional relief food to be distributed to residents who are affected by the drought. He said that he had directed the County Department of Disaster Management to increase the rations of food being distributed to last beneficiaries longer.

He directed LOWASCO to stop water charges on residents of the municipality until changes are made in the management of water service provision. This follows complaints by residents that the water company was charging huge bills despite not supplying water to some areas.

The county boss reiterated his readiness to work with President William Ruto and the national government, to address the challenges the county faced. He thanked the new County Commissioner Jacob Ouma for agreeing to collaborate with the County Government to address insecurity in the cross-border regions and other volatile regions of Turkana.

He appreciated the government for agreeing leader’s request for the return of National Police Reservists (NPR) and asked that the recruitment and vetting process of NPRs be all-inclusive.

County Commissioner Ouma promised to work with all elected leaders including the Governor to address critical problems among them insecurity. On her part, Woman Rep Cecilia Ng’itit Ishuu asked the new Executives to be faithful in managing public resources.

Turkana South MP Ariko Namoit echoed calls for transparency in the vetting of NPRs and revealed that Interior Cabinet Secretary Prof. Kithure Kindiki had promised to increase the number of reservists deployed to insecure regions of Turkana. 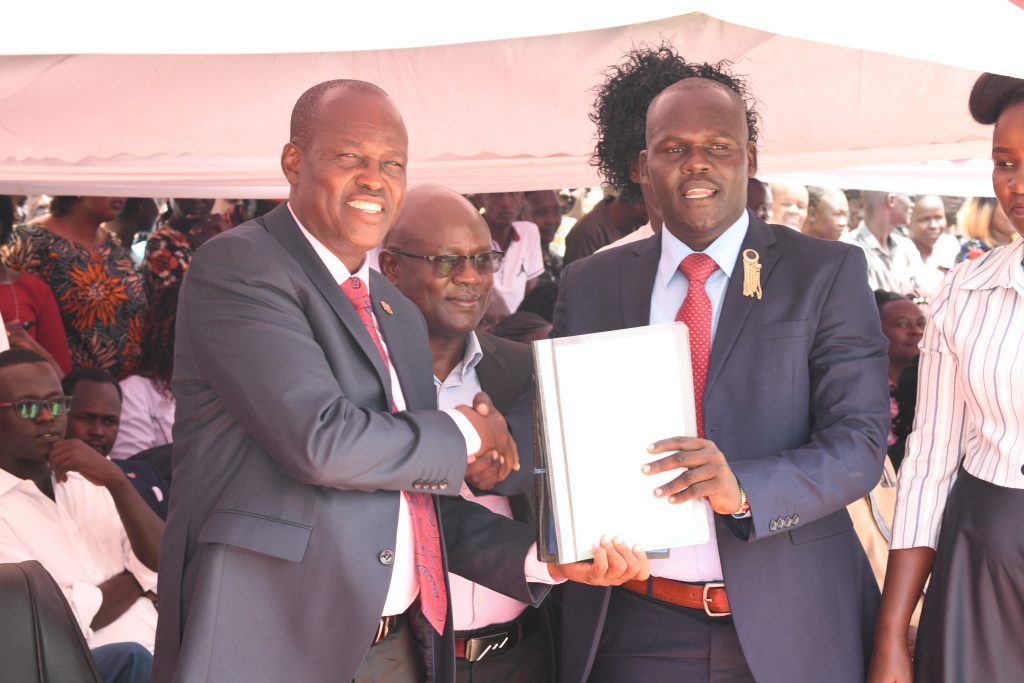