COUNTY GOVERNMENT TO UNDERTAKE MEGA-DEVELOPMENT PROJECTS FROM NEXT FINANCIAL YEAR

COUNTY GOVERNMENT TO UNDERTAKE MEGA-DEVELOPMENT PROJECTS FROM NEXT FINANCIAL YEAR

Nakwamoru, 13th November 2022 (Governor’s Press Service)- Governor Jeremiah Lomorukai has said that his administration will increase budgetary allocation in the next financial year to fund mega-projects, key among them programmes to promote food security.

The Governor said the move will increase food production through investing in modern innovative technology as part of journey to move away from the dependency on relief food, to a more sustainable crop production measure.

The County boss was speaking during family day celebrations and funds-drive for the four out-stations of Nakwamoru Catholic Parish. He assured that the Government was committed to strengthening agricultural production through its annual budget and through partnerships with other stakeholders.

He assured residents that part of his administration agenda was supporting the Church agenda on spiritual nourishment and development noting that it’s only God grace that has enabled safety of people in volatile areas of Turkana.

Governor Napotikan shared his development agenda in to boost water supply to residents and better access to affordable healthcare. He revealed plans to work with the County Assembly to develop a bill to compensate pastoralists who lose their livestock during drought seasons.

On rampant banditry attacks, the Governor said that Turkana leaders had agreed on a model of recruitment for National Police Reservists. He insisted that the recruitment exercise for NPRs will be transparent and inclusive and will be done publicly.

The County boss called for the unity of leaders and added that more will be achieved when they worked together. He lauded MCAs for approving the executives despite some of them being political rivals in the recent general election.

Governor Lomorukai later distributed 300 bundles of flour that had been donated by the County Pension Fund (CPF).

Turkana South MP Ariko Namoit called on elected leaders to emulate Governor Lomorukai’s style of working with all leaders and revealed that Turkana legislatures had lobbied for additional NPR after their recent meeting with the Cabinet Secretary for Interior. 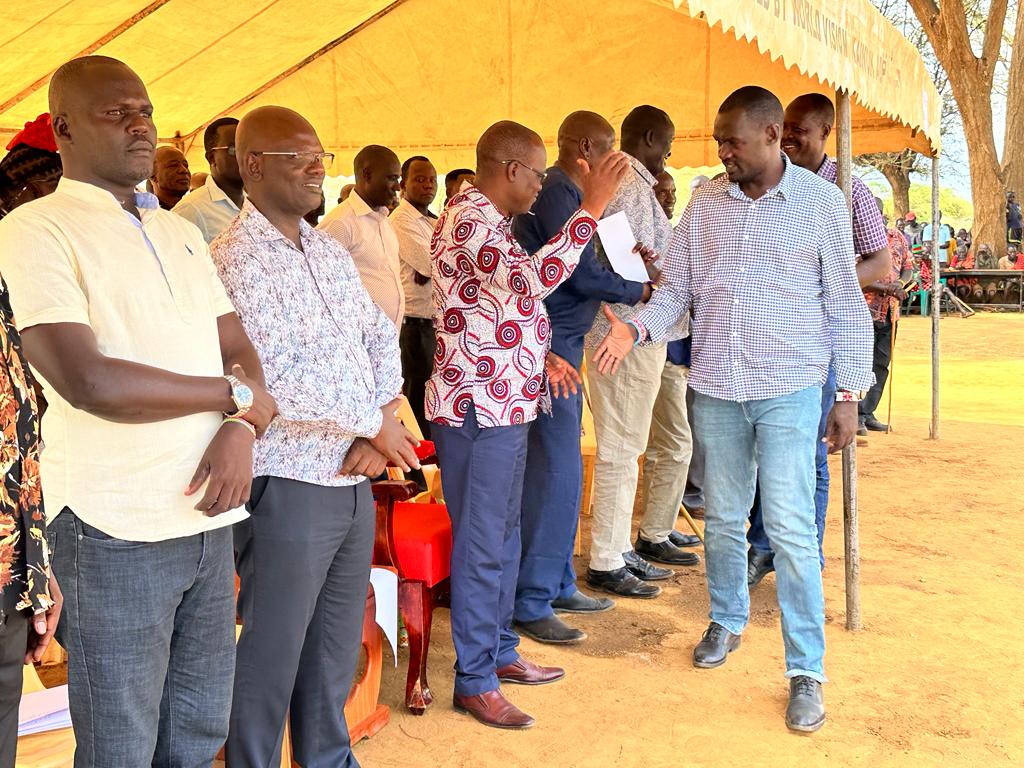