Lodwar, 14th August 2022 (Governor’s Press Service)– A team from the Kenya Broadcasting Corporation (KBC) today paid a visit to Governor Jeremiah Lomorukai for discussions on a potential agreement to promote publicity for government programmes and to boost public access to information.

The delegation, which was led by Programmes Manager Mary Daraja, reviewed with the governor areas of possible collaboration, which would include setting up of public viewing station for residents to watch matches of the upcoming World Cup.

The Governor was informed that KBC had acquired rights to air all the football matches for the 2022 Qatar World Cup which kicks off on Sunday and the broadcaster was looking to partner with the county to set up public screens for residents to watch the matches.

The partnership will provide advertisement opportunities for the county to broadcast development plans, raise awareness on critical issues, among them the current drought, and showcase attraction sites.

Manager for Strategy and Special Programmes Patrick Githakwa said the partnership will include specialised coverage for cultural events in Turkana, including the Turkana Cultural Festival and the MoruAnayece commemoration. He also revealed that the MoU will also provide for the county’s access to soon-to-be-launched County TV and radio stations Radio Taifa and KBC Turkana Service.

Governor Lomorukai said his administration was keen to partner with the media to showcase the county’s great potential for development, the richest cultural heritage in Kenya, tourist attraction sites and investment opportunities in Turkana.

“We want to change the face of Turkana. The picture of Turkana that is depicted in the media is that of hunger yet we have people suffering from hunger in other counties.

“Turkana is a rich county with vast natural resources and it is very important that the media changes the public perception of Turkana by showing all these, and the resilience of the Turkana people who are among the brightest in Kenya despite having limited access to opportunities,” the Governor said.

He added that the partnership with KBC would help identify and develop talent in sports, music and drama, and contribute to discovering the massive potential in Turkana in the creative arts. 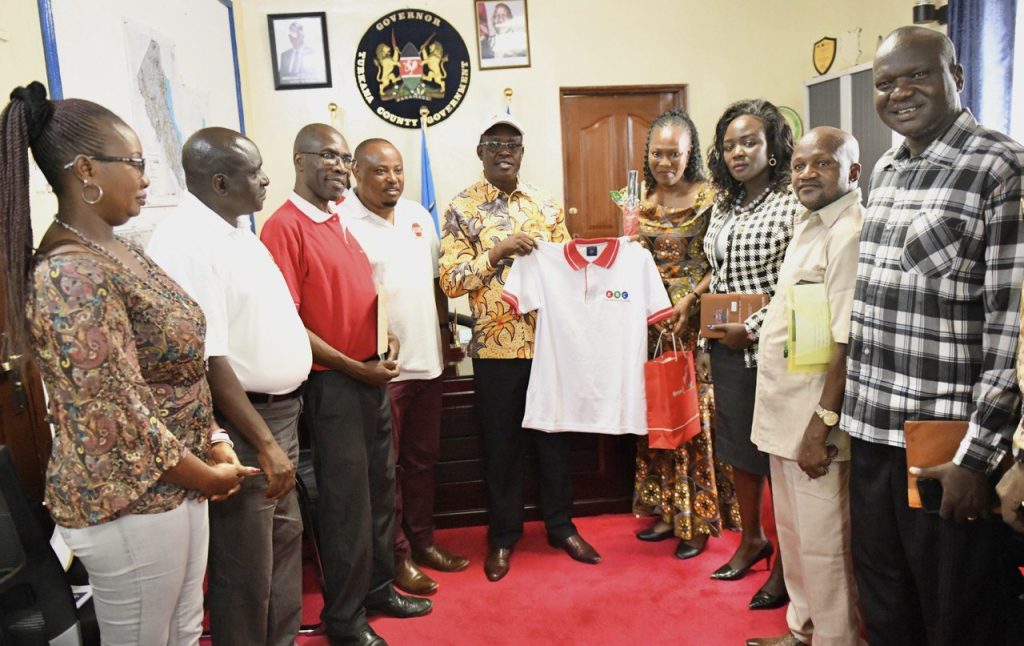