Over 300 households from Lopuski and Namon villages, received relief food which is part of the ongoing County Drought Emergency Response to cushion residents against the effects of the drought.

Addressing residents during a public baraza at the Ward Admin offices in Lopuski, the Governor acknowledged that the drought was severe and assured that the County was in the process of procuring additional relief food, to benefit residents in dire need of food relief. He announced that the County will increase allocation to the County Emergency Fund to ensure no resident perishes from the drought. He added that relief food rations to households will be increased to last residents for a longer time.

“We will engage with MCAs to allocate enough funds for emergency responses to support our communities. We have witnessed delays in supply of the relief food because prices for cereals in the market are high due to shortages. We have left no food in the store because distribution begins immediately after food consignments hit the stores,” he said.

The county boss informed residents of his engagements with development partners and humanitarian organisations to support county emergency response.

He assured all residents that his administration will serve equally those who voted for him and those who did not. He also promised to work with all elected leaders in a bid to provide services to residents of Turkana.

Commenting on County Executive Committee Members, the county chief said he had appointed a youthful executive to bring vibrancy to governance and ensure the problems of the people were addressed with speed. He assured residents that County Executive and other county staff had been directed to work from the grassroots to listen to challenges and provide solutions.

He pledged that loan schemes by the County Government, including the Biashara Fund, Cooperatives, Youth and Women Fund, will set a minimum of Sh250,000 for loans being distributed, which will be enough to invest in a sustainable business.

The Governor was accompanied by area MCA Gilbert Topos. 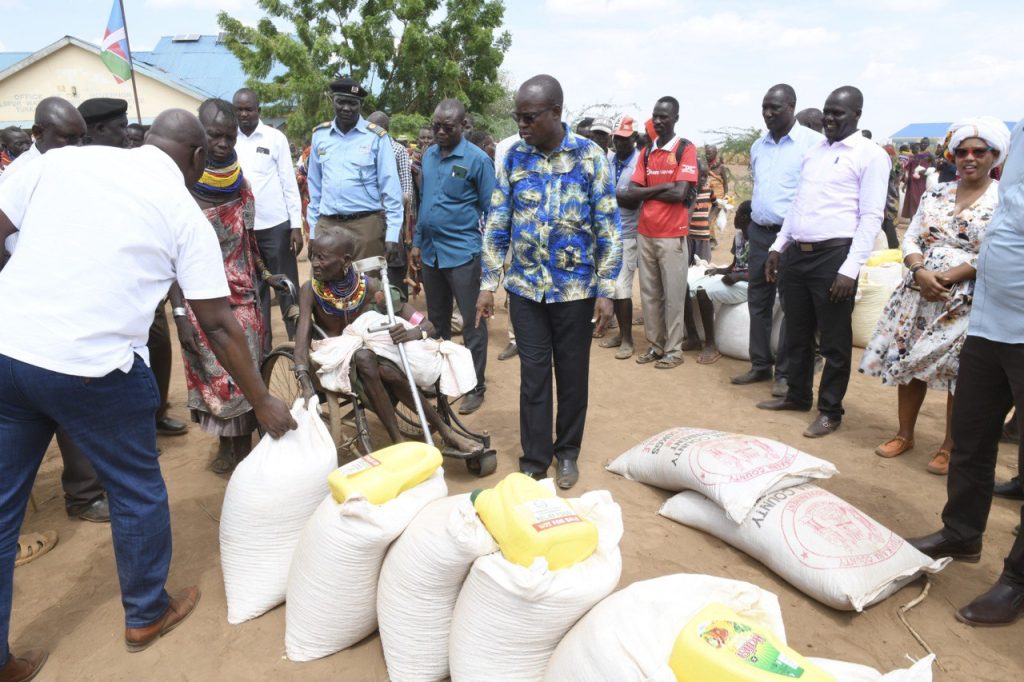