Katilu, 19th November 2022 (Governor’s Press Service)- Governor Jeremiah Lomorukai has appealed to all elected leaders in Turkana to set aside their political affiliations and work together for the benefit of residents of the county.

“It’s important that we as leaders don’t fight because of past political differences. Let’s work together to solve the challenges facing our people,” he said.

Governor Lomorukai said the in-fighting between leaders would make it hamper the implementation of any meaningful development and affect lobbying for additional resources for the Turkana people from the National Government.

Speaking today during the burial of the late Maxwell Nakapwan at Ng’abakan village in Katilu Ward, Governor Lomorukai said he will herald unity of purpose by relentlessly serving people and working with all leaders regardless of their political divide.

The late Nakapwan met his death in a road accident early this month at Kaipokok. He was eulogized as a devoted Christian and hardworking individual who kept exploring opportunities in different trades.

While introducing the new County Executives to residents, the Governor observed that he will balance Government appointments to ensure representation of every corner of Turkana. He promised to repay the overwhelming support he was given by residents during the election, through diligence to service delivery.

To address the high unemployment rate, the County boss underscored the need by the Turkana leadership summit to work with President Ruto to seek job opportunities for professionals who might not benefit from the County Government.

On insecurity, the County boss appealed for a speedy investigation over yesterday’s road attack in Kainuk that left a middle-aged man dead and injuries to two others.

Governor Napotikan insisted he will continue distributing the relief food and called for patience as his administration works hard to unlock challenges in the water and health sectors, which he said were caused by laxity in service delivery by the previous regime. Senior County Government officials who accompanied the Governor included County Executives David Erukudi (Agriculture, Pastoral Economy and Fisheries) and Peter Akono (Lands, Housing and Urban Areas Management). 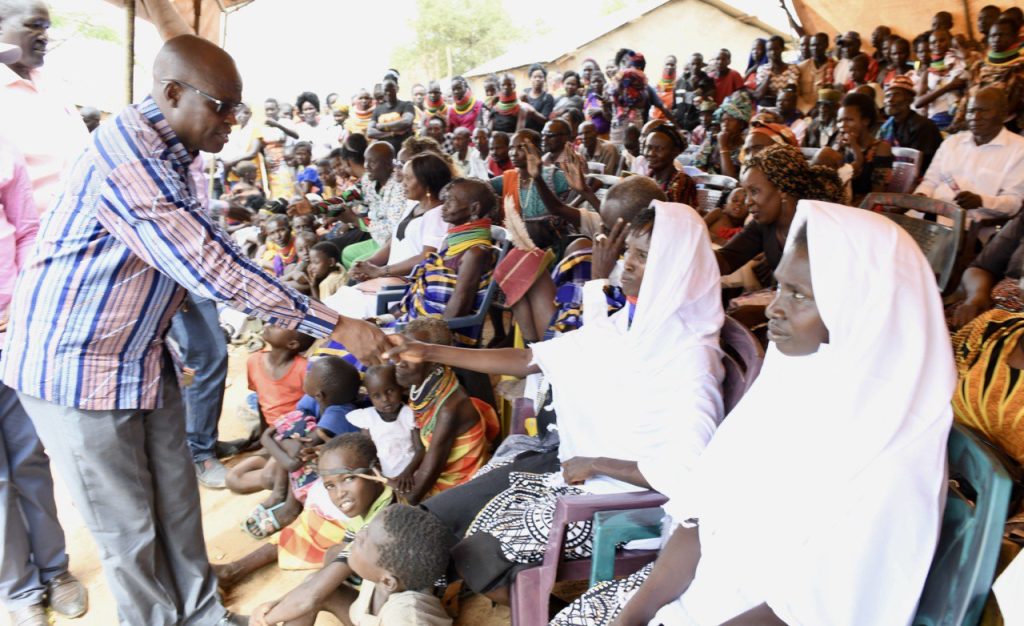