Lokichoggio, 27th November 2022 (Governor’s Press Service)– Governor Lomorukai has assured residents of Turkana West that the County Government has stepped up efforts to end conflict and bring long-lasting peace among communities living along the Kenya-Uganda border.

“We have agreed with national security personnel from both countries, and in our discussion with the Prime Minister of Uganda, have committed to holding engagements to cement a long-lasting peace at our borders,” said the Governor.

Speaking today at Kakuma during a Sunday service and Mavuno Day at Good Shepherd Catholic Parish in Kakuma, Governor Lomorukai commended the Republic Uganda led by President Yoweri Museveni for keeping their word by facilitating the return of 461 cattle stolen from the Turkana community.

On the issue of resource conflict between the Kakuma community and Chinese road contractors that had been raised by MCAs, Governor Lomorukai wondered why road construction companies were selling the remaining ballast from the road works, instead of giving it out as part of corporate social responsibility.

He promised to take a personal initiative by meeting the company officials and resolving the matter soon.

The Governor elaborated his development plans and outlined the initiative to end water crises in the region, which he reiterated was a priority in the County Government’s nine-point agenda.

In Lokichoggio, Governor Napotikan attended a family day celebration and participated in a fundraiser towards church development. He defended his hands-on leadership style, working closely with communities at the grassroots rather than being holed up in the office in Lodwar and losing touch with the people and their issues.

He called on the residents of Lokichoggio to abandon past political indifferences as he assured them that his administration will work with all residents, including leaders who lost in the last elections.

Lokichoggio MCA Vincent Ekipor lauded Governor Napotikan’s dedicated approach towards the unity of leaders and urged him to fast-track delivery of relief food to drought-affected households in the ward.

The County boss was accompanied by County Executive for Infrastructure, Transport and Public Works Patrick Losike.

Also present were a host of elected and nominated MCAs led by Deputy Majority Leader and Kaaleng/Kaikor MCA Abdifatah Kapua. 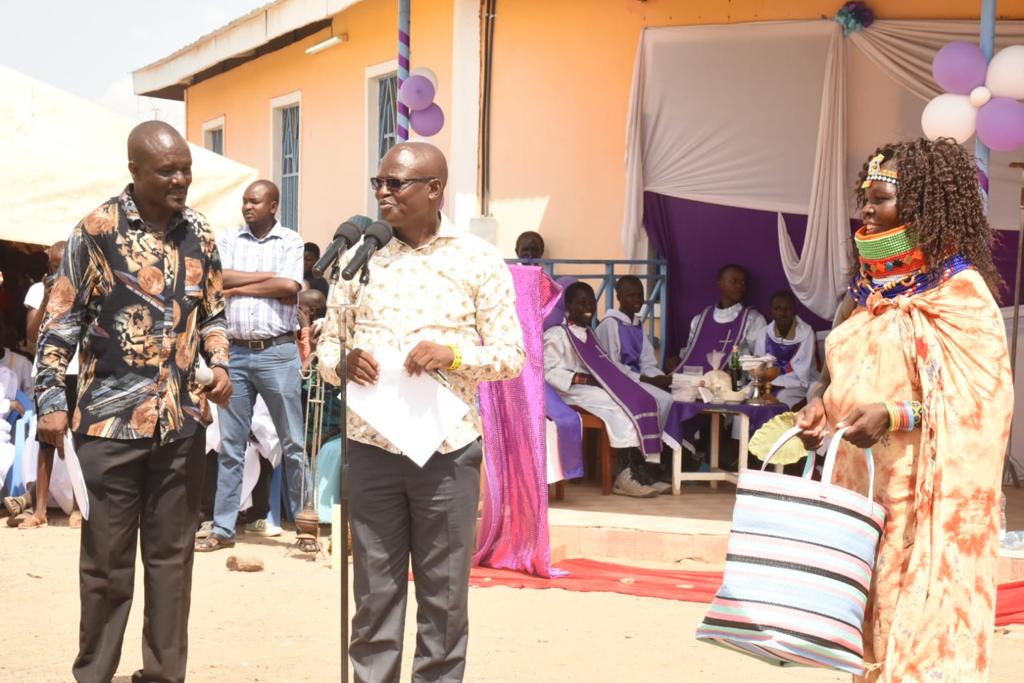