According to the National Syndemic Disease Control Council, the county’s prevalence rose from 2.2 in 2020 percent to 3.1 percent in 2021; this against a national average of 4.5%. In Turkana, 20,092 residents are currently living with HIV. The county’s new HIV infections across all ages increased from 418 to 665 in the same period.

“We need to prevent new infections. Get tested and if found positive, there is Antiretroviral Therapy medication that can suppress the virus so that it does not pass on to anyone else,” he said.

On adolescent pregnancies, Turkana County Commissioner, Jacob Ouma, cautioned the adult men impregnating adolescent girls that it was against the law. He also urged the youth to refrain from risky sexual behaviours and if need be, abstain.

The USAID Imarisha Jamii’s Chief of Party, Dr Chris Barasa, revealed that people living with HIV in the county would be issued with nutritional supplements from World Food Program early next year.

On SGBV, the speakers urged women and men who were victims to report to the police.

Samuel Pulkol, the County AIDS and STI Coordinator, spoke on the county interventions to prevent new infections. Interventions such as HIV care and treatment, HIV testing services and Prevention of Mother-to-Child Transmission of HIV.

The World Aids Day is marked every 1st December to remember and honour the more than 2 million Kenyans who have lost their lives to AIDS-related illnesses and give an opportunity to those infected and affected to renew efforts to the elimination of HIV.  This year’s theme is “Stop New HIV Infections, Adolescent Pregnancies and Sexual and Gender-Based Violence”. 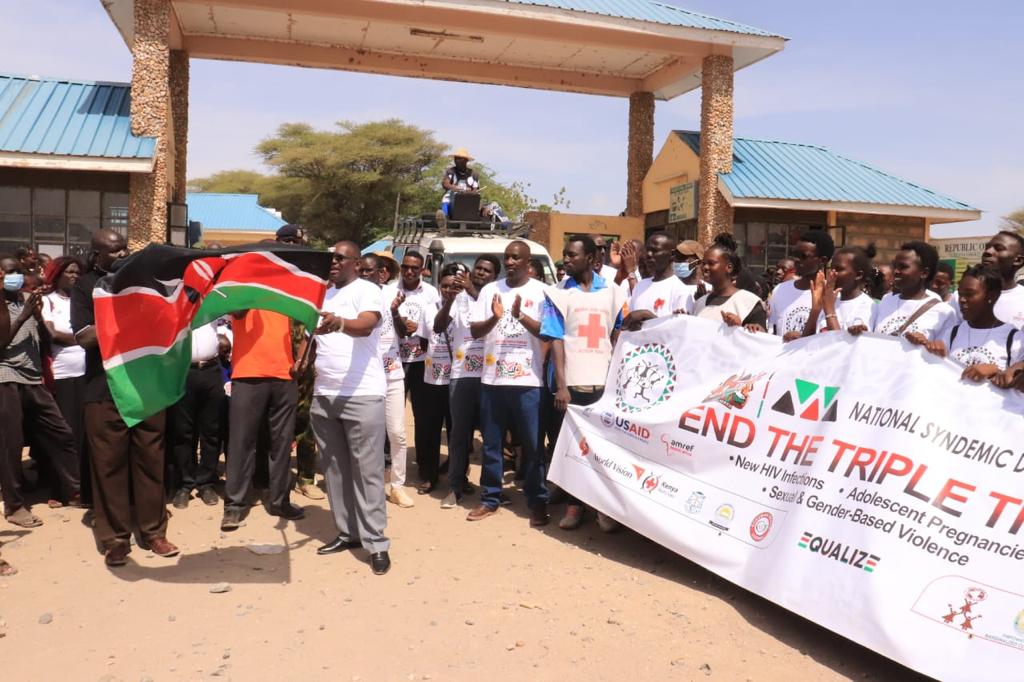