The Governor has reiterated his calls for a coordinated approach to spread the support, insisting that the situation was worsening.

“We are appealing to partners to support our intervention and help with the situation which is worsening across the county following three years of failed rains. The malnutrition rates in parts of Turkana have risen to 40% and children and mothers are worst affected,” he said.

The Governor was speaking in a meeting at the County HQ, with a team from the Polish Humanitarian Action (PAH) and Turkana Pastoralists Development Organization (TUPADO) led by PAH Kenya Programmes Coordinator Maria Piotrowska.

The team announced the commencement of a cash transfer programme which will be implemented by TUPADO, in aid of residents affected by the drought in Turkana Central and Turkana North sub-counties, from January next year.

Ms Piotrowska said the programme comes after an assessment carried out by TUPADO and PAH to ascertain existing gaps.

“We wish to take part in responding to the drought situation which has exposed most of the communities to adverse climate change effects in Turkana County particularly Turkana North and Central,” she said.

She said the assessment will inform designs of the response mechanism and developing programs portfolio for development projects targeting Turkana County to be implemented by TUPADO. She promised that all support will be coordinated through the county steering group.

The Governor appreciated the support through the cash transfer programme.

He briefed the team on the progress of the county drought response and revealed that the County Government was set to spend Sh600 million to procure additional relief food, whose distribution he promised to continue coordinating.

The county boss also stated his commitment to strengthening the coordination of responses and asked all partner organisations to implement programmes in collaboration with line departments. 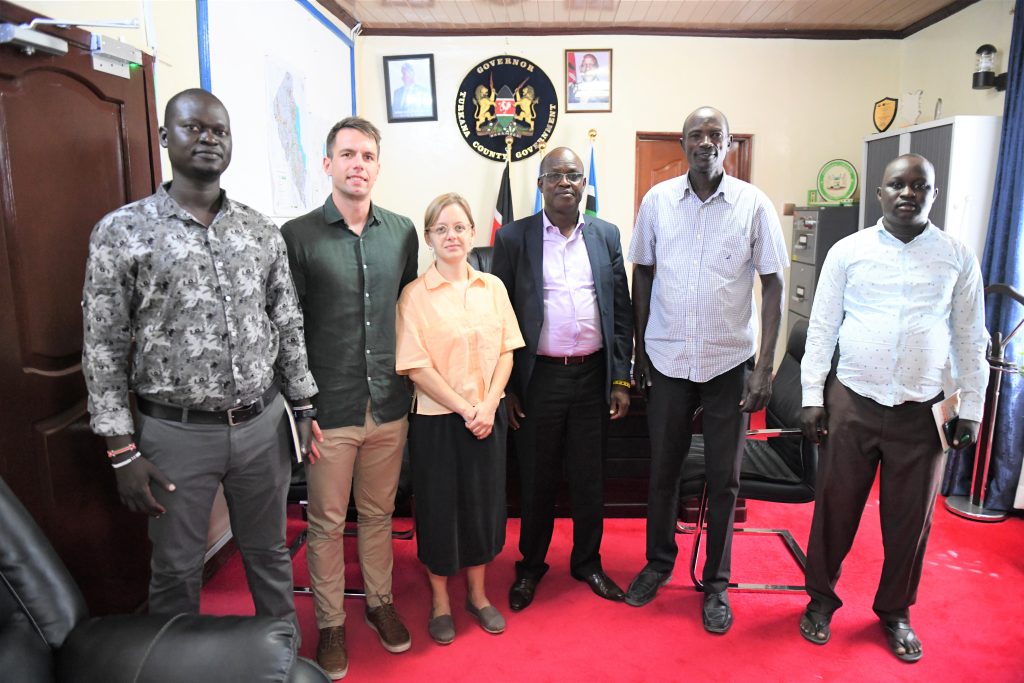