Lodwar, 6th December 2022 (Governor’s Press Service)— A delegation of Members of Parliament from Australia today morning paid a visit to Governor Jeremiah Lomorukai at the County HQ in Lodwar.

The delegation is led by Federal Member of Moreton Graham Perrett and is on a visit to Turkana County to inspect programmes implemented by organisations funded by the Government of Australia.

The Governor said Australia was a leading destination for graduate and postgraduate courses for Kenyans seeking to study abroad and expressed his readiness to explore a partnership that will allow students from Turkana to pursue studies in Australia.

“Kenya benefits greatly from Australia on expertise with many of our professionals travelling to your country to study. I am ready to engage on an agreement which will pave way for bright students from Turkana to fly to Australia for further studies,” he said.

Governor Lomorukai thanked the Government of Australia for funding development projects in the county through implementing partners including the World Food Programme (WFP) and Save the Children.

“WFP has its presence all over the country and has been a critical partner, especially in cross-border peace programmes, which is critical in our vision for a peaceful coexistence of cross-border communities,” the Governor added.

The county boss briefed the MPs on the impact of climate change which includes the prolonged drought and rising water levels of Lake Turkana which has displaced settlements in Kerio, Kangatotha and Lake Zone wards.

“This is a big community in the county which puts a strain on resources. We understand the patience it takes and we are in awe of it because we integrated refugees in Australia and you saw a former refugee in the national football team in the Qatar World Cup,” he said.

Others in the delegation were the Head of the United Nations Support Office in Somalia (UNSOS) Lisa Filipetto, Regional Director for Eastern Africa, UN World Food Programme (WFP) Michael Dunford, among other representatives of partner organisations. 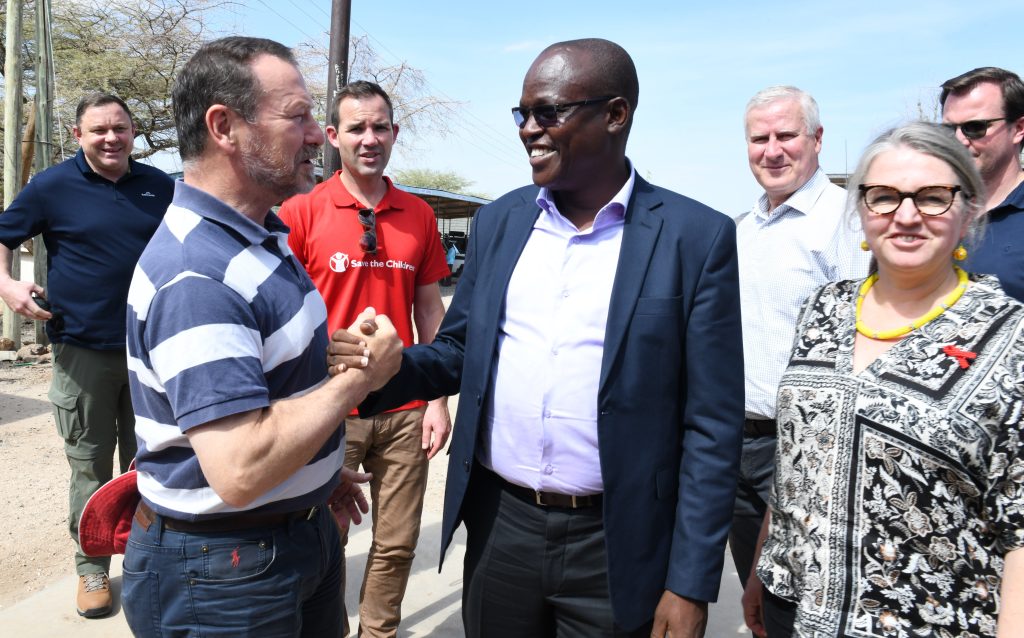