In his remarks during the launch of the society office in Lodwar, Governor Lomorukai stated that he will work with President William Ruto, who is the National Patron, to support the society to achieve its goals.

“I am going to take my time and space to work together with the President to coordinate activities of humanitarian interventions and relief as well as other emergencies so that we can save the lives of our people,” he said.

Governor Napotikan, who is a life member of the society, underscored the importance of the new branch at a time when development and humanitarian partners need to come together and work in partnership to provide support to thousands of households affected by the drought.

He briefed stakeholders present on drought intervention by the County Government and appealed for more support from humanitarian agencies and other well-wishers lactating mothers, children and elderly people whom he said had severely been affected by the drought.

“This calls for assistance from the partners, donors, investors and friends. I want to recognise the County Government of my friend Governor Jonathan Bii alias Koti Moja for donating food to Turkana County,” added the Governor.

The Governor acknowledged the invaluable support from the Kenya Red Cross Society in Turkana and commended the society’s county leadership for reaching out to drought-affected communities like Nawokojom, through food aid interventions.

Loima MP Protus Akuja stated that he was impressed with the work of the Turkana Red Cross branch and called on humanitarian agencies to expand their support beyond relief food aid. He called for a review of non-governmental organisation programmes in Turkana to weed out the ones whose work wasn’t impactful.

The Kenya Red Cross Society Governor Geoffrey Korir said the society treasured the partnership with Turkana County and said they were amazed by Governor Napotikan’s gesture to bring all stakeholders on board including humanitarian agencies, immediately after he was sworn into office.

He promised to work closely work with the Turkana leadership and assured that the society will continue discharging their services and aid in Turkana with impartiality. 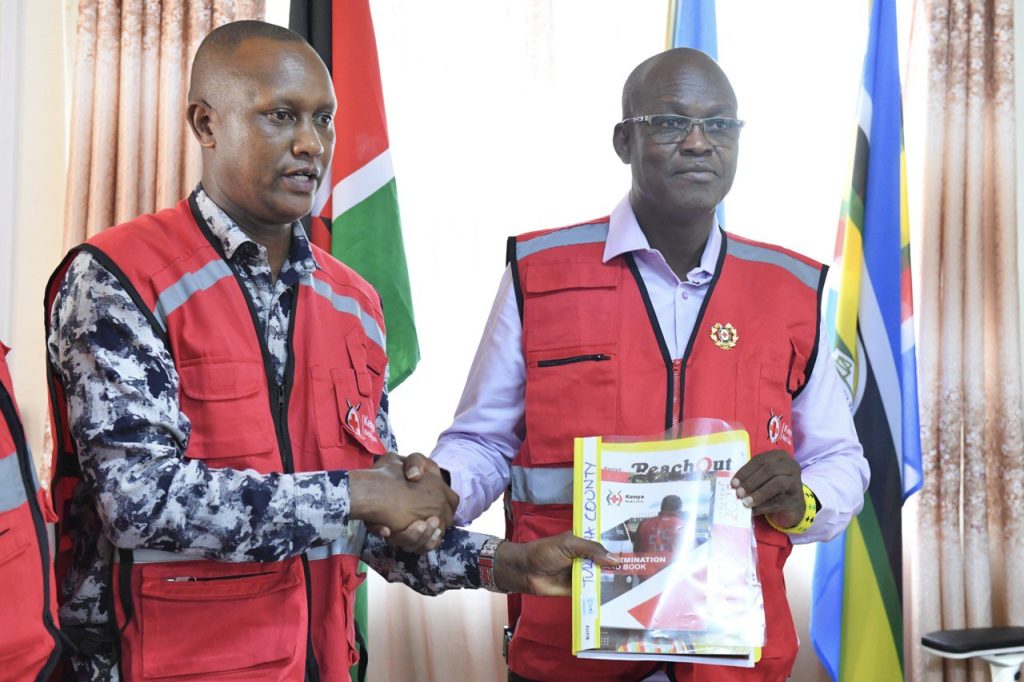