The document contains priority activities which have been co-created, co-funded, layered and sequenced by experts from both County Government of Turkana and USAID Partners.

After signing the document, DG has asked the County Government and USAID Partners to fast track on the next steps to jointly implement the priorities in JWP and have a robust Monitoring and Evaluation System in place to monitor the activities.

Samson Lokwawi, who represented USAID Resilience Learning Activity (RLA) pointed out that the signing of Joint Work Plan comes after a number of co-creation meetings between the County Government and USAID Partners were organized in May, 2022.

Lokwawi said, the meeting in the month of May 2022, was to task the County Government to provide priority areas within the nine sectors jointly identified.

A subsequent meeting, he stated, was in October, 2022 which provided an avenue to review the County Government’s priorities and align them to USAID thematic areas.

USAID RLA facilitated a validation workshop in last November 2022, to review the JWP and align them to the nine-point Development Priority Plan of the County Government of Turkana.

Lokwawi said the USAID used the platform to inform the new County Leadership on the main priority areas of the Joint Work Plan.

Witnessing the signing was, Wycliffe Lotieng (LOKADO). LOKADO has been organizing co-creation meetings on behalf of USAID RLA. 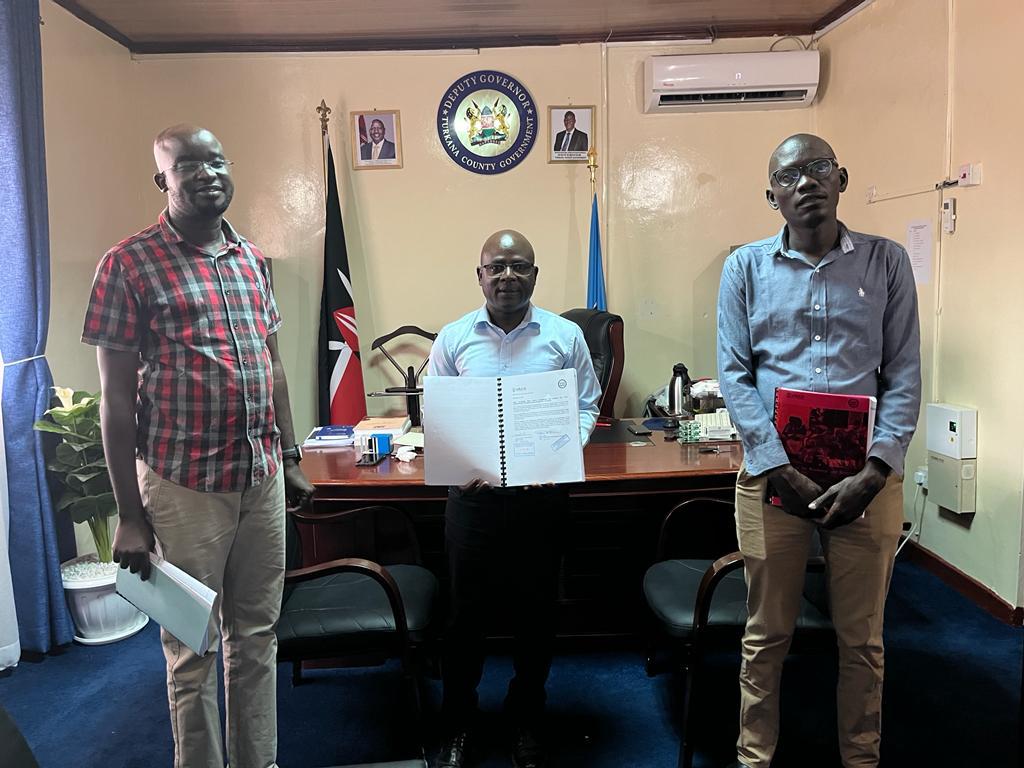