The donations are under the Save a Life initiative, a multi-sectoral drive by residents of Uasin Gishu County, to support families affected by the drought in Turkana.

The exercise was coordinated by the Kenya Red Cross Society who provided logistical support.

Governor Bii stated that the distribution of food was support from residents of Uasin Gishu to ensure that residents of Turkana County would not go hungry. He emphasized the importance of counties in the North Rift to work together as under North Rift Economic Bloc (NOREB) to develop the entire region, including planting trees and taking other measures to combat climate change.

Governor Lomorukai thanked Governor Bii and residents of Uasin Gishu for the support. He informed residents of Kerio that the County Government had procured relief food and distribution will soon be rolled out in the area.

He expressed his appreciation for the support of the people of Kerio in the recent general elections and promised to prioritize the needs of these communities.

“In my agenda on water, I promise to prioritise Kerio Delta and Kalokol Ward which are among regions in the county that have faced the challenge of severe water shortages,” Governor Lomorukai said.

He also pledged to work with other elected leaders from the region to address challenges affecting residents.

The county boss reiterated his commitment to collaborate with President William Ruto to ensure the region benefits from National Government projects.

Turkana Central MP Emathe Namuar welcomed the efforts of the governors and expressed his willingness to work with Governor Lomorukai to address the challenges facing the region. 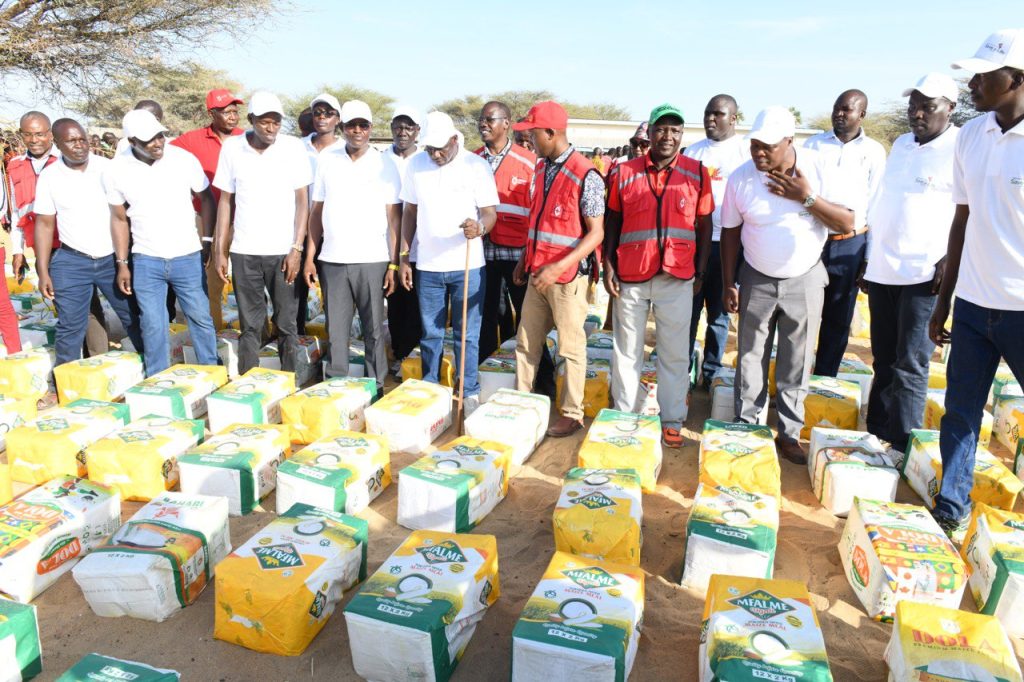