Lodwar, 19th December 2022 (Governor’s Press Service)– Governor Jeremiah Lomorukai has this morning received Uasin Gishu Governor Jonathan Bii Chelimlim in Lodwar, who is leading a delegation from Uasin Gishu with 60 tonnes of food donations to be distributed to 3000 households in Turkana Central.

Speaking in a meeting at the Turkreef Hotel before flagging the food donations, Governor Lomorukai expressed appreciation to Governor Bii and residents of Uasin Gishu for the support.

He said: “I wish to thank my friend Koti Moja and Uasin Gishu for being the first county to come to our aid. The County Government is continuing to distribute relief food across the county and we do not take this generous support for granted.”

Governor Bii said the donations were in response to calls by President William Ruto for well wishers to support regions of the country affected by the drought.

“God has given us with enough and we thought it wise to share with residents of Turkana. Our two counties have been partners and fall under the same bloc NOREB. We are responding to calls from the president to help other Kenyans and are grateful for the opportunity to do good,” he stated.

Governor Lomorukai informed the delegation that the County Government had spent over Sh580million of funds allocated from last financial and this financial year for drought relief, and had so far distributed relief food including over 86,000 bags of maize in ongoing responses. He said more funds will be allocated in the supplementary budget to procure additional relief food.

Uasin Gishu Chamber of Commerce Chairman  Willy Kenei, who is the Chairperson of the Save a Life initiative expressed appreciation to residents of Uasin Gishu for providing the donations and deciding to support drought-affected households in Turkana County.

The donations are under the Save a Life initiative, where Governor Bii is a patron. He is accompanied by County Executives Abraham Serem (Water), Edward Sawe (Agriculture), Assistant County Commissioner for Turbo Kaikai Nelima and Director Governor’s Press Silah Koskei Terigin.

Other senior staff were Chief of Staff Peter Yoromoe and Ag. Director for Disaster Risk Management Moses Nawoton. Other officials include a team from the Turkana Chamber of Commerce and Industry led by Chairperson Pius Ewoton. 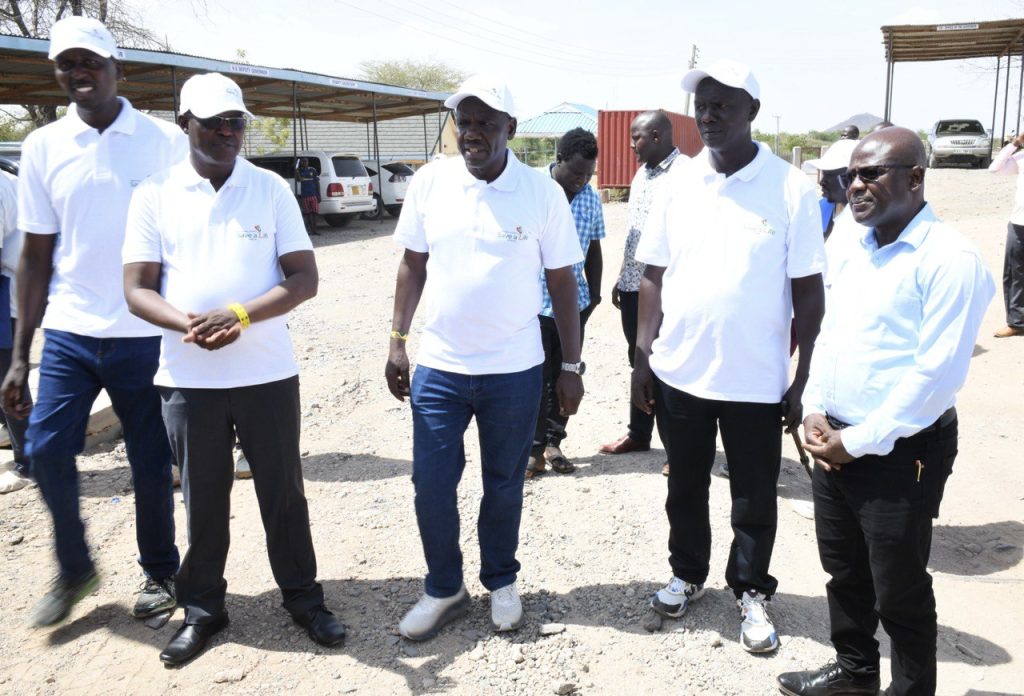