The campaign is part of a national programme to plant 15 billion trees by 2032 and set a 30% tree cover target.

PS Kaituko said the tree planting exercise was a priority agenda for the President and part of efforts to fight climate change.

The PS thanked leaders and residents of Turkana for supporting him during the recruitment process as Principal Secretary and promised to work with elected leaders in the fight for national government development projects in Turkana.

The PS said his Department was keen to ensure that labour laws are followed and will champion for rights of employees. He urged all institutions including TUC to offer specialised courses which are tailored to meet labour market demands.

He announced that the National Government will prioritise Turkana County in relief food distribution over Christmas.

Governor Napotikan promised residents that his administration was investing in the improved water supply to enable residents to plant trees as part of his agenda on environmental conservation and contribute to the national target.

“We will allocate substantial funds in the Supplementary Budget to address water issues in urban centres including Lodwar Municipality and its environs. We have good plans to improve water supply to support tree growing programme across the county,” he said.

He pledged to support the President’s tree-planting agenda by spearheading the county’s programme. He also committed to ensuring that county departments responsible for environment conservation were well-resourced to implement plans on natural resources management.

The Governor echoed calls by leaders on fairness in the distribution of employment opportunities in Turkana University College and insisted on the representation of the county in senior positions of the institution.

The Governor thanked the president for the appointment of PS Kaituko and urged the PS to champion the region’s interests in the national government. He promised to work with the National Government by uniting the county’s leadership behind the president’s development agenda and speaking in one voice ON Turkana issues.

He called on the university to engage the County Government on school fees payment before sending students home during examinations. He underlined the need for all institutions offering school bursaries to consolidate all programmes to avoid duplication and improve impact.

Speaker Christopher Nakuleu promised that the County Assembly will pass legislation to offer incentives to residents to boost tree planting in the county.

Woman Representative Cecilia Ng’itit called on the County Government to roll out an incentive programme to encourage tree planting, by subsidising water bills for households with trees in their homes.

Turkana Central MP Emathe Namuar asked research institutions including TUC to find the best tree species which will fight the spread of Prosopis which was threatening vegetation across the county.

Turkana University College Principal Prof. George Chemining’wa said the institution was at the forefront of environmental conservation and asked for more support from the government to grow the institution and implement plans to open up branches in different areas of the county. 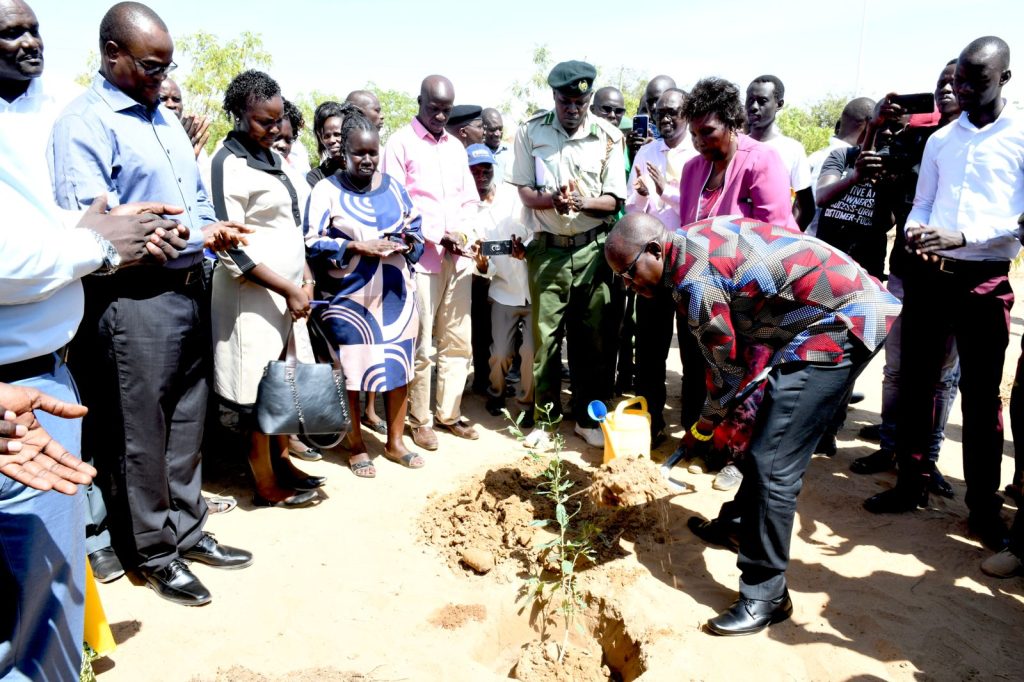