Kangaten, 23rd December 2022 (Governor’s Press Service)– Governor Jeremiah Lomorukai has challenged the Ateker communities which are spread across the East Africa region to abandon the retrogressive culture of cattle rusting and stay together for prosperity and development.

The Governor stated that as a peacekeeper he will take lead in facilitating the agenda of peace and championing peaceful coexistence among the Ateker communities, who he said shared a common ancestry and spoke a similar language.

“We are going to pursue peacebuilding and conflict management direction because that’s the only way our countries will prosper and get development that had been hindered because of infighting,” he said.

The Governor was speaking today in Kangaten during the first day of the South Omo Zone Nyangatom Peace and Cultural Festival, held in Nyang’aten, Ethiopia.

Former Ethiopia Prime Minister Hailemariyam Desalegm was the Chief Guest on the first day of the ten-day event.

The County Chief led a delegation from Kenya which included elected leaders from Turkana.

He assured communities present that the Turkana people will continue participating in peace celebrations to commemorate days of staying together. He blamed colonial boundaries for widened conflict and insisted on the need by the communities bound by common ancestry to stay and share resources.

He shared the message of goodwill from President William Ruto and applauded the Nyangatom, Zurma, Jie and Dongiro for turning up in large numbers to attend the cultural celebration in Kangaten that he described as colourful.

Governor Lomorukai thanked the Ethiopian leadership for their hospitality to the Turkana people and expressed optimism that perennial in-fight would end if all countries in the East Africa community agreed to support the peace effort and peace caravans.

Speaker Christopher Nakuleu led a team from the County Assembly which included Deputy Speaker Philip Ekuwam, Leader of Majority Stephen Edukon and Leader of Minority Samuel Lomodo, among others.

Other senior officials included Ag. Chairperson of the County Public Service Board Pauline Ekod and Chief of Staff Peter Yoromoe. 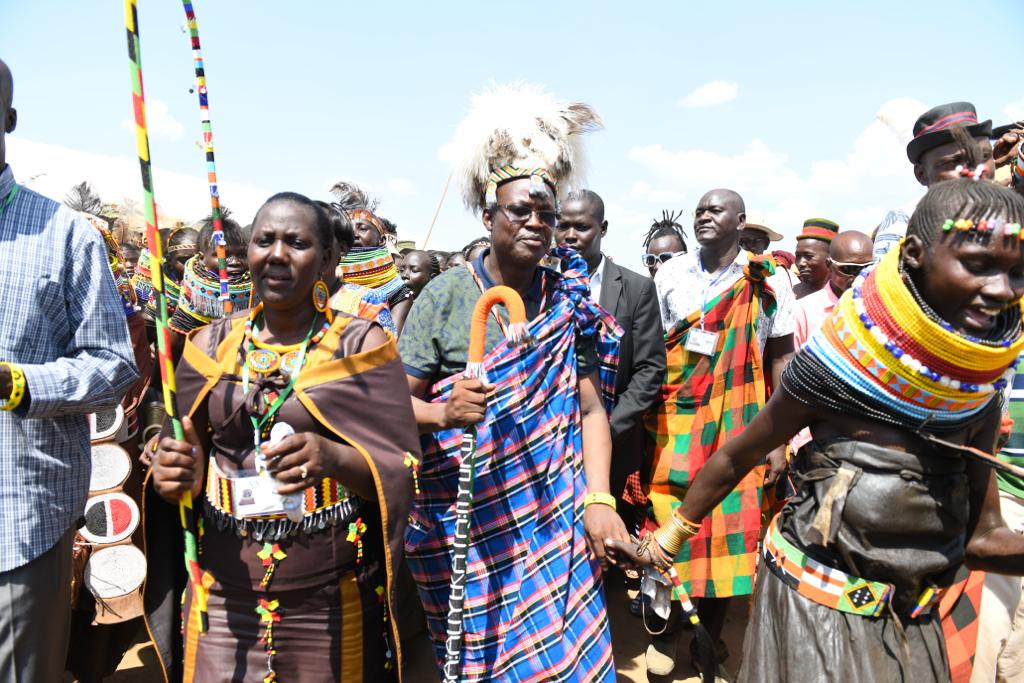