Lodwar, 11th January 2023 (Governor’s Press Service)- The Cooperative Bank of Kenya and the County Government have announced plans to collaborate on a range of initiatives aimed at boosting economic growth in the region.

Governor Jeremiah Lomorukai met with Silvance Nono, Head of Government and Public Institutions at Cooperative Bank, to discuss potential areas of partnership, which include developing cooperatives and small and medium-sized enterprises (MSMEs), as well as improving revenue collection and supporting county bursaries.

During the meeting, Governor Lomorukai praised Cooperative Bank for its willingness to partner with the County Government and highlighted the importance of digitalization in modernizing government processes.

He also expressed his commitment to pursuing strategic partnerships to achieve the county’s development objectives.

“We are ready for partnership which will help us grow. The world is moving to the digitisation of processes and we have to follow suit. We wish to reform payment of bursaries to address confusion in management of the system and ensure the right beneficiaries receive the allocations,” he said.

“The lease of county vehicles as a means to overhaul the county fleet is something we are discussing and I am glad that Cooperative Bank has expressed readiness to possibly partner with us,” Governor Lomorukai added.

He informed the team of plans to carry out a payroll audit to weed out ghost workers and discussed partnerships to ensure prompt payment of salaries for staff and better access to financing.

Cooperative Bank’s Silvance Nono assured the Governor that the bank is fully committed to growing the partnership with the County Government and will work closely to implement the initiatives discussed during the meeting.

Nono stated that the bank will support cooperative societies through access to cheaper loans and expressed readiness by the bank to collaborate with the count to support boda boda riders and livestock traders to form SACCOs, which will allow them to access affordable financing.

Deputy Governor Dr John Erus said the County will develop a framework agreement which will guide cooperation between the bank and the County Government.

Chief of Staff in the Office of the Governor Peter Yoromoe was also in the meeting. 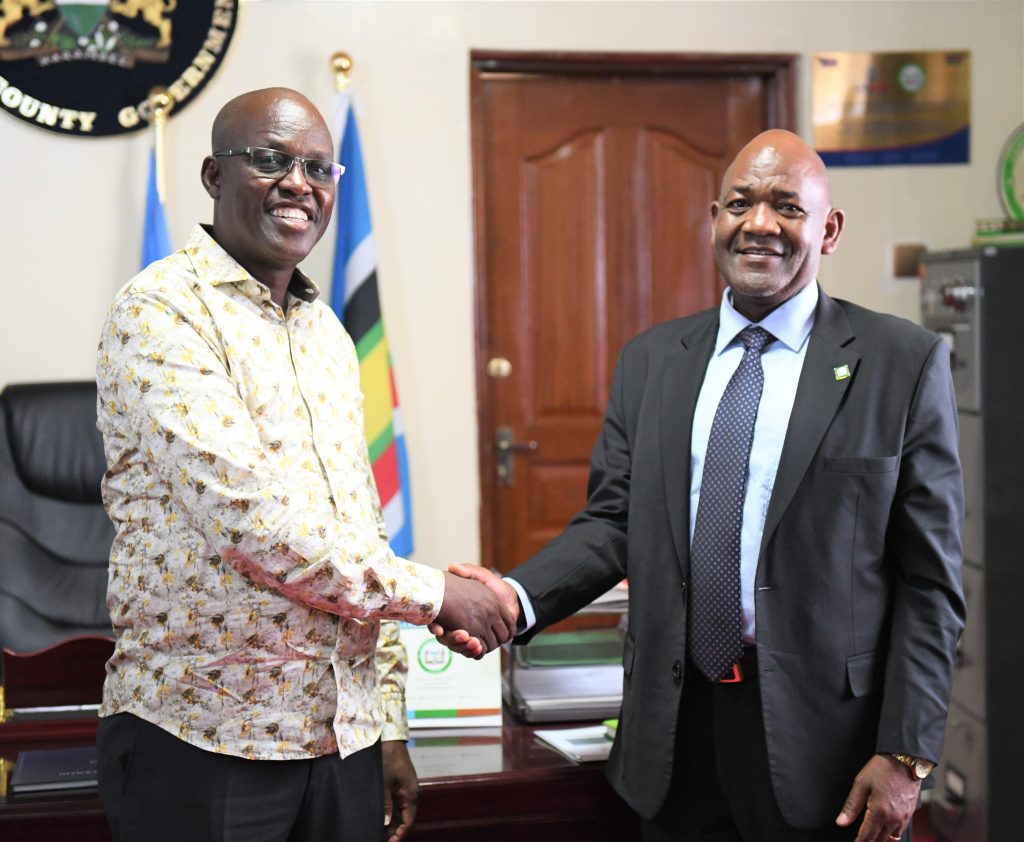