“I want to request KICOSCA that in the near future, this sporting event be taken to areas where communities are warring against each other so that we use sports to end unnecessary fighting. Sports is meant to build relationships and unite the people of Kenya,” the Governor said.

Governor Lomorukai was speaking during the opening ceremony of the Kenya Inter-County Sports and Cultural Association (KICOSCA) games which kicked off today at the Jomo Kenyatta Stadium in Kisumu.

He called for further investment to develop sports and reiterated the commitment of Turkana County to work with the National Government on development projects in the county.

The ninth edition of the games has brought together teams from over 32 counties and a host of parastatals competing in basketball, football, netball, volleyball, snooker, scrabble, pool, table tennis and athletics.

“The National Government is investing to improve sports infrastructure. An example is the Jomo Kenyatta Stadium in Kisumu. Despite all these efforts, there is room to do more,” he said.

He urged County Governments to invest in infrastructure and support plans to promote grassroots sports through Bottom-Up tournaments to bring participants from across the country. The CS said the competitions will help nurture youth as future champions and contribute to raising the country’s standing in sports.

Kisumu Governor Prof. Anyang Nyong’o welcomed the participating teams to Kisumu City and assured them that the county was well prepared to host the games and the visitors.

The County Government of Turkana is competing in the games for the first time and will field both men’s and women’s teams and participants in football, volleyball, basketball, pool, scrabble and darts.

Governor Lomorukai stated that he will be a participant in the scrabble competition as an avid enthusiast of the game. 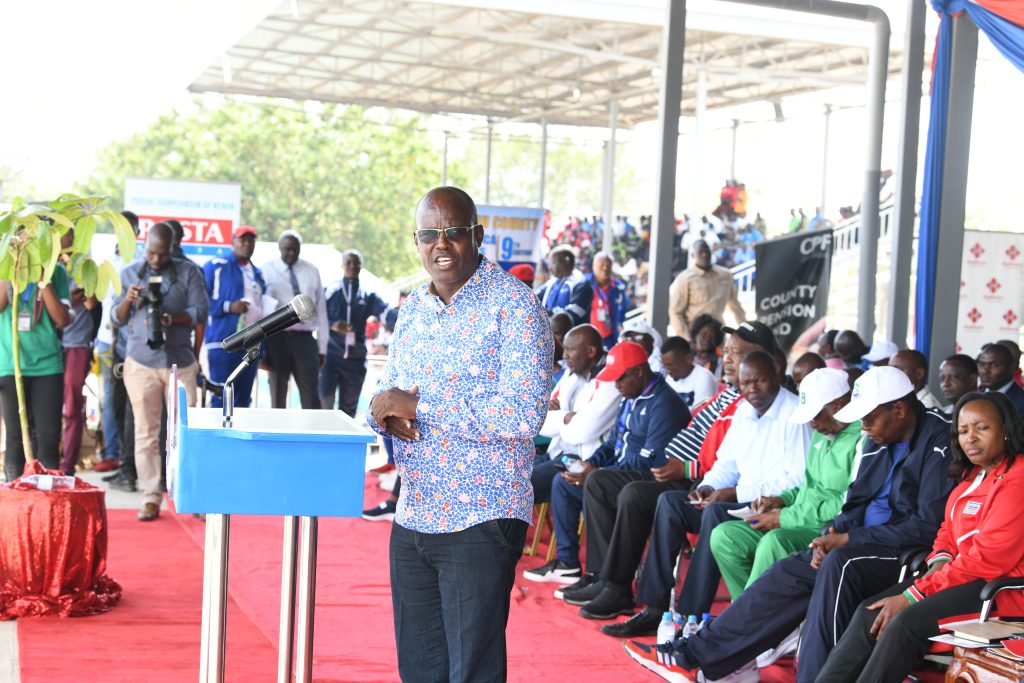